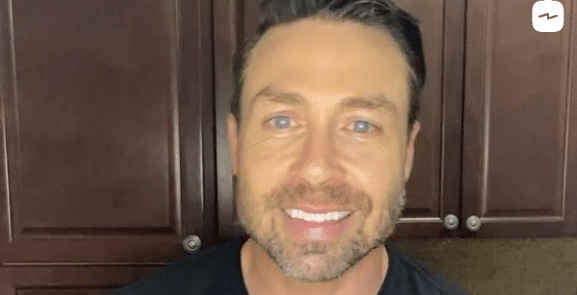 Former 90 Day Fiance star Geoffrey Paschel was found guilty last week of three crimes. As he awaits his sentencing, set to take place in December, his family is speaking out. One of Paschel’s three sons, Dakota has taken to his father’s Instagram account. There, he got candid and asked followers for help in getting the proper aid for Geoffrey’s ongoing legal case. Is it enough to make a difference?

The 90 Day Fiance Star Gets Charged

Paschel is familiar with time behind bars. He spent nearly a year in prison in the late 1990s. His troubles were something he had to come clean about on 90 Day Fiance while visiting his love, Varya in Russia. Unfortunately, he had gotten into some trouble prior to filming the series. In June 2019, his ex-girlfriend had accused him of physical assault.

Additional charges he would face were kidnapping, domestic assault, interference with an emergency call, and vandalism. His trial was continuously postponed and COVID further delayed it until October 6th. Because of his legal issues, fans of the series demanded his removal from the franchise. TLC chose to not have Paschel and Varya participate in any follow-up episodes.

Paschel said he would do his own tell-all, which sadly, never came. On October 7th, a jury of twelve found him guilty of aggravated kidnapping. Finally, he was found guilty of domestic violence and interfering with an emergency call. He faces up to thirty years in jail. Yet, his family is not taking this verdict laying down.

With Geoffrey in prison until his sentencing, his family is searching for ways to help him. However, it is not going to be cheap. So, his son Dakota is attempting to appeal to his faithful followers on Instagram. Currently, Geoffrey has 216k followers. The family is devastated by what has transpired within the legal system. They do not believe he is deserving of any of this nor the verdict that was handed down.

On behalf of Geoffrey, they have asked for donations to be made. Rather than create a GoFundMe, the family would like contributions to be sent to Dakota’s grandma. She is accepting them via Venmo or PayPal. Included is a video of Dakota and his father dancing along with them swimming as children.

Comments have been turned off for this post but it has over 2400 likes. Would you donate to the cause, especially via this payment method? Should the family have done a GoFundMe page instead? Let us know in the comments below.

Keep up with all the news on the 90 Day Fiance star’s trial as it breaks.

‘Sister Wives’ Meri Brown Admits To Stalking Someone, Who Is It?
Ozark Gets Season 4 Release Date On Netflix
Tayshia And Kaitlyn Reveal One Word Advice Given To Michelle Young
Self-Absorbed Audrey Roloff Throws Seriously Dark Shade At Jeremy
Val Chmerkovskiy Would Love To Dance With A Male Partner For ‘DWTS’ Season 31