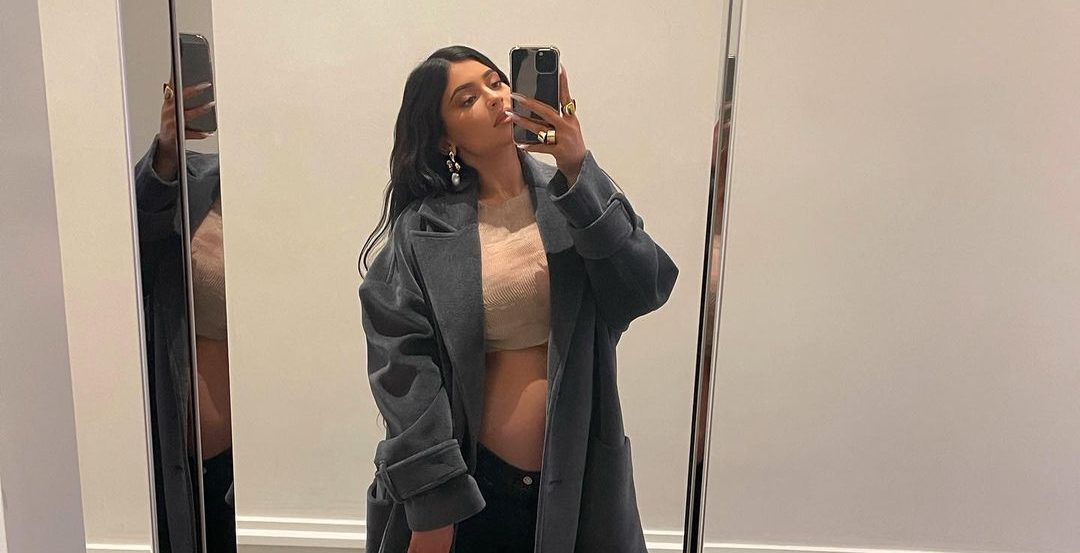 Kylie Jenner shared a new photo on her Instagram and she is totally naked and covered in blood. Sound weird? That’s because it is. Turns out, it’s for her new makeup collection that is for Halloween.

Did you ever think you would see Kylie Jenner naked and dripping blood on Instagram? Us either, but here she is. Kylie Jenner is naked and bloody in her new promotion for Kylie Cosmetics.

Kylie is sitting in the ground in a pool of blood. She has blood smeared all over her naked body and stuck in her long hair.

This seems to be before the was pregnant or at least before she was showing. Her tummy is looking pretty flat in the shoot. Kylie is clutching one of her arms as the blood drips down her skin. Seems like that would be messy to cleanup!

Fans seem confused by Kylie’s new post considering she is literally naked and is supposed to be pregnant. Despite everyone else’s negativity, big sister, Khloe Kardashian, is amazed.

Everyone else joined right in let Kylie know that they were less than impressed by her big idea.

Some turned it into a joke

Inevitably, this got turned into a joke about a woman’s time of the month. She really had to see that one coming.

So overall, maybe it wasn’t the best idea. Even though usually Kylie Jenner naked does great on social, fans were less than happy with her choice to cover her naked body in (probably) fake blood. Especially considering she is having a baby soon.

Will you be buying Kylie Jenner’s Halloween makeup collection? Let us know in the comments below. Come back to TV Shows Ace for more news on all of your favorite former Keeping up with the Kardashians stars.