The Bachelor Peter Weber is still searching for the one to make his heart happy. He’s been through multiple women within Bachelor Nation but none of them is his soul mate. However, the fact that nothing has worked out hasn’t stopped him from continuing to look. In fact, Peter admits he almost took the plunge and went on Season 7 of Bachelor in Paradise. What stopped him?

US Weekly caught up with Peter Weber and shared some interesting information with fans. In a recent interview, Peter confirmed he was asked by producers to be on Season 7 of Bachelor in Paradise. Plus, he almost went! So, what stopped him and ultimately made him turn down the offer?

He thinks BIP would have been more successful for him

The 30-year-old pilot thinks Bachelor in Paradise would have been more successful for him. Peter said, “I think the only reason I would’ve considered it was just ‘cause it was the one avenue through that kind of world that I hadn’t tried yet.” He continued, “You see a lot of success stories come from it, so I think that’s what was, in my mind, perking my interests or whatnot. Maybe it could work, go in this avenue. I think, for me, I would have had a better chance of a successful relationship in that kind of environment. You just get to focus on one person or, you know, not 30 — with all the distractions that come with that. So that was the only reason my interest was kind of piqued, but I think everything obviously happens for a reason and [I’m] super happy where I’m at now.” 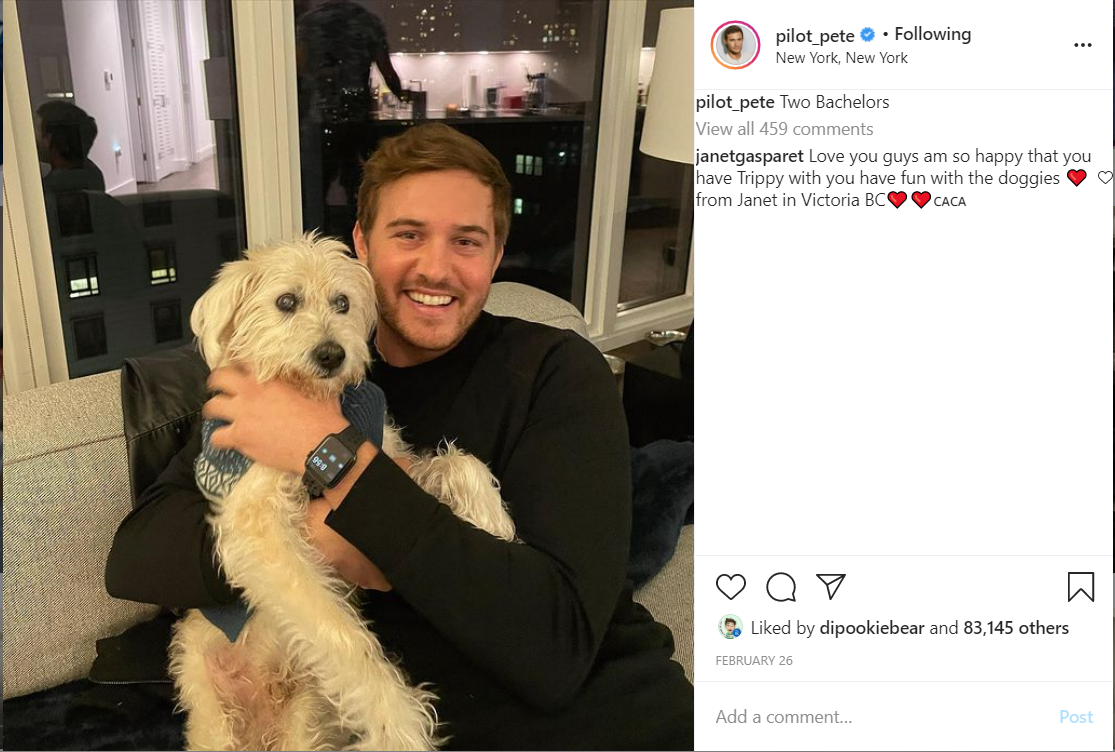 While Peter is hoping to not appear on the franchise next summer he said never say never. He also said he’s been casually dating but nothing serious or exclusive has developed.

Peter also mentioned it would be nice to date someone outside of Bachelor Nation. The reason being so the relationship would be more private and not so public.

What do you think about Peter Weber almost joining Season 7 of Bachelor in Paradise?

‘LPBW’: Lilah Roloff Giggles Herself Silly, See Delightful Video
Anna Duggar Convinced Husband Josh Will ‘Be Free’ In Child Pornography Case
Olivia Jade Has An Emotional Break Down With Press After ‘DWTS’ Episode
Could The Duggars Get A New Show After ‘Counting On’ Cancelation?
‘OutDaughtered’ Fan ATTACKS Danielle Busby, Adam Protects Her