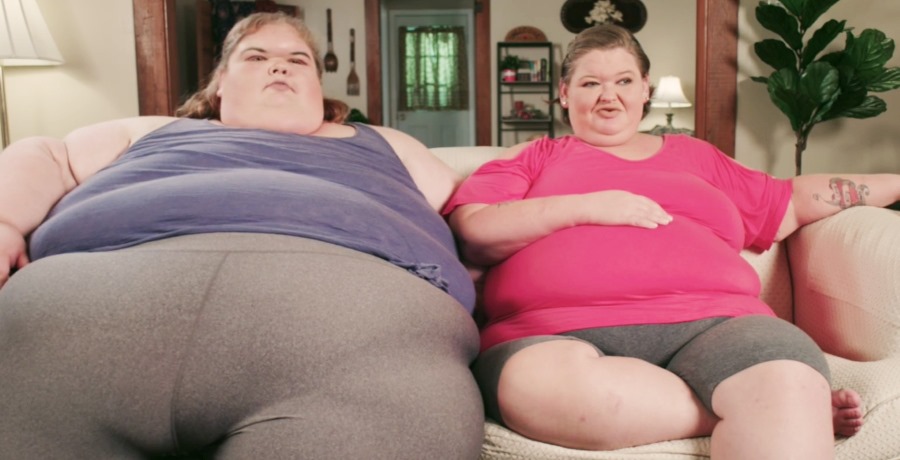 TLC just dropped the 1000-Lb. Sisters Season 3 trailer with it comes confirmation of the premiere date and Amy Halterman narrating the first few moments with what fans can expect.

When is the premiere date for the Season 3 Premiere of 1000-Lb. Sisters? And, what can we expect from Tammy Slaton and Amy Halterman during this next installment of the TLC series? Keep reading for all the details.

TLC dropped a two-and-a-half-minute trailer on their Instagram profile a few hours ago. You can click here and head over to Instagram to check out the trailer. The caption of the Instagram post confirms the premiere date for Season 3 of 1000-Lb. Sisters is Monday, November 15 at 10/9c.

“Are you ready for the Slaton family vacation?” The caption teases.

What To Expect For Tammy Slaton And Amy Halterman

The trailer kicks off with the cast celebrated Tammy Slaton’s 35th birthday. As we previously reported, Tammy Slaton celebrated her birthday back in July. So, it is safe to assume there is at least a three to six-month gap between when this season was filmed and present-day reality. Unfortunately, that time gap often comes with some confusion for fans of the show.

The trailer also reveals Tammy Slaton getting some exercise in the pool. She, however, slips on the stairs as she makes her way into the water.

Toward the end of the trailer, things also appear to get pretty heated between Tammy and Amy. Trouble in sisterhood?

The trailer has been watched over 50,000 times inside of two hours on Instagram. In the comments, fans of the series are instantly triggered by Tammy Slaton.

The consensus in the comments is that Tammy appears to have gained weight. Is she even bigger than she was last season? Here’s some of what fans had to say in the comments:

Have you had a chance to watch the 1000-Lb. Sisters Season 3 trailer? Are you excited the premiere date is right around the corner? Share your thoughts with us in the comments. And, keep coming back for the latest on Amy Halterman and Tammy Slaton.