Little People, Big World fans think it’s time for Jeremy Roloff to get a real job after quitting his family’s show. For those who don’t know, Jeremy and his wife Audrey quit the show a few years ago. Now, only Matt, Amy, Tori, and Zach are on the show, in addition to Matt’s girlfriend Caryn Chandler and Amy’s new husband Chris Marek.

Since leaving the show, Jeremy and Audrey have pursued several different business ventures, including books, podcasts, a marriage journal, and more. Now, it looks like Jeremy has another idea, but he’s not getting the response he was hoping for.

So, what prompted this big reaction from fans?

On his Instagram stories, Jeremy recorded himself talking about his latest idea. He said, “I’ve been kicking around the idea of doing a YouTube show for years now. Something following our family and all my project. But it’s an immense amount of work, and we said we would wait until we shifted our focus and/or had property to do so.”

It’s unclear whether Jeremy and Audrey will actually pursue this idea. But the response Jeremy received from fans may not be a good sign for his future ventures. 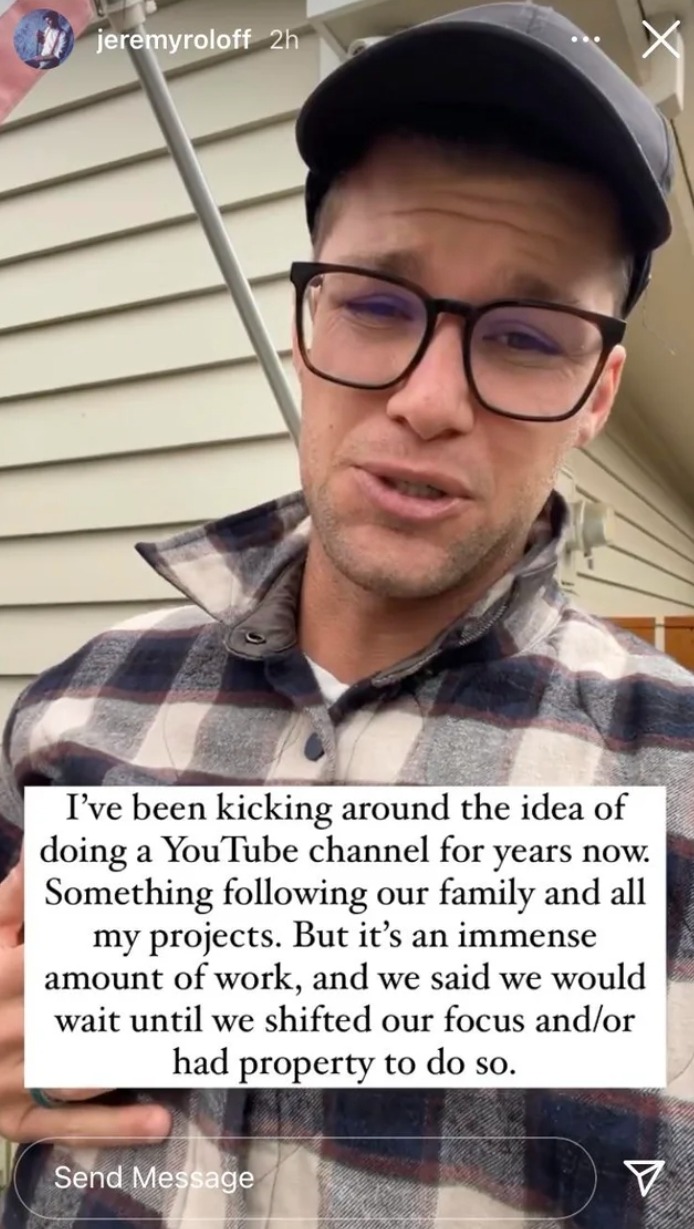 In response to Jeremy’s idea, fans are chatting about other opportunities he should pursue. On Reddit, he is facing some backlash because his followers think he isn’t interested in a “real job.” Fans think he’s trying to profit off his family’s name despite his decision to stay out of the public eye.

Another user writes, “You mean, like LPBW was? So he quits his show, loses the farm because of it, and now is like, ‘maybe a youtube channel will give us a chance at the farm again.’ got it.”

Someone else suggests, “Well while you’re waiting maybe get a real job.”

As mentioned, Jeremy has taken on several different projects over the years, and it’s assumed he’s trying to make money by writing books, making podcasts, and more. Because he’s a Roloff, Jeremy has quite a few followers on social media, which may help him sell whatever projects he decides to take on next.

So, do you think Jeremy and Audrey Roloff should pursue a YouTube channel? Or do you think they should look for more traditional jobs? Let us know your thoughts in the comments below.

For the latest updates about the LPBW family, check back with TV Shows Ace.