Bringing Up Bates fans think there’s another courtship in the works. Currently, Lawson Bates is in a serious relationship with Tiffany Espensen. Katie Bates is engaged to Travis Clark and will get married in December. In October, Esther Keyes and Nathan Bates will get married.

Fans are patiently waiting for Lawson to pop the question. But in the meantime, there might be another courtship to keep an eye on.

Bringing Up Bates family drops hints about a courtship.

On Tuesday, the Bates family celebrated Zach’s wife Whitney’s birthday. They threw her a big party and invited lots of family members over. In some of the snaps, Trace Bates can be seen getting cozy with a young woman.

On Reddit, internet sleuths have determined that Trace is hanging out with Lydia Romeike in several of the photos. One user writes, “Went down a rabbit hole and def looks like her. Same nose. She has a photography business, has taken lots of photos for Josie, grew up in a big family. Notably lives in East Tennessee (unlike Chaney). Seems to fit the profile.”

Based on the photos, fans think that the pair could totally be together. Carlin Bates uploaded a video, and Trace and Lydia can be seen sitting beside each other on the couch. In another video, Lydia and Trace are standing next to each other, too.

Several fans noticed that the two seemed very close and comfortable together. So, it’s possible that they are courting, or they are at least interested in each other. In all of the photos and videos from the party, the pair can be seen side by side. 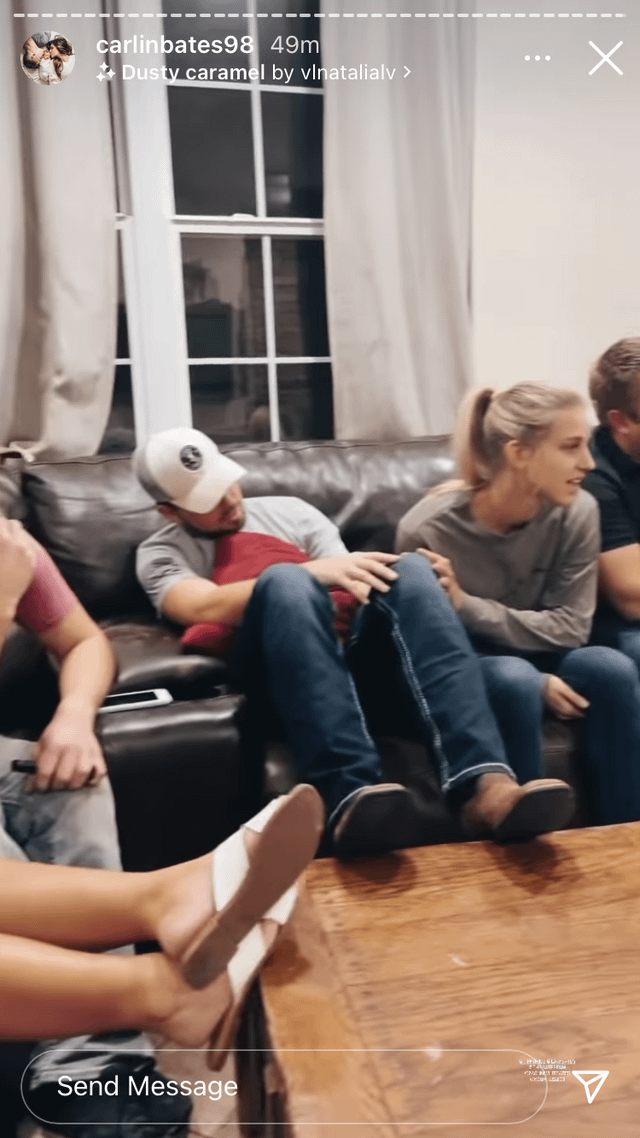 Who is Lydia Romeike?

According to Fundamentalists Fandom, the Romeike family is from Germany. She’s one of seven kids. Lydia is 23, and Trace is 24, so they are very close in age.

Trace follows her on Instagram, which further shows their possible connection. At this point, however, the Bates family hasn’t confirmed or denied the speculation about Trace and Lydia. So, there’s no way to know for sure whether they’re together. But if they are truly courting, an official announcement will come from the family soon enough.

So, do you think that Trace Bates might be courting Lydia Romeike? Or do you think there is another explanation for these photos? Let us know your thought in the comments below.

For the latest updates about the Bringing Up Bates family, check back with TV Shows Ace.

Emma Johnston Gets Candid: Does She Flaunt Being Famous At School?
Kourtney Kardashian Engaged: Ready To Make A Baby With Travis Barker
Did Tom Schwartz & Tom Sandoval Really Settle On Schwartz & Sandy’s?
‘RHOBH’ Fans Are Praying For Dorit Kemsley’s Firing
‘The Conners’: Katey Sagal Struck By Car, Rushed To Hospital