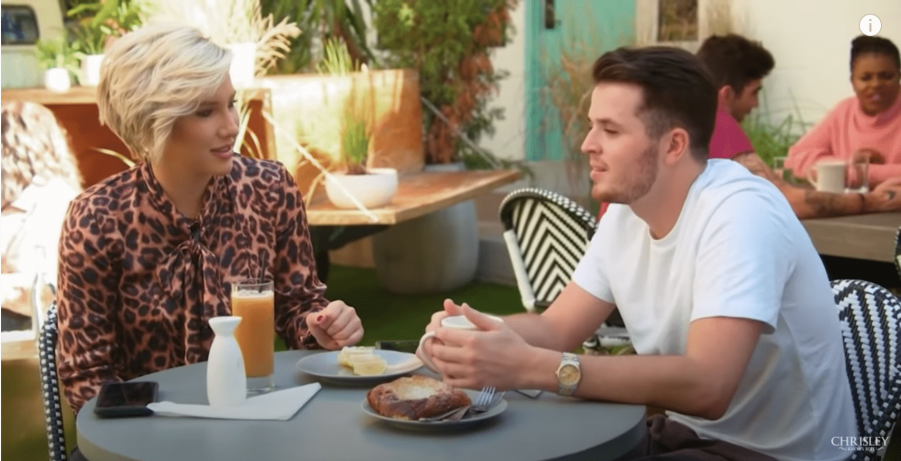 In a recent episode of Growing Up Chrisley, Savannah Chrisley gives her brother’s best friend, Elliott Kennedy some reassurance. Savannah lets her brother’s friend know that size doesn’t matter. It’s not what you think. Keep reading to find out more.

Growing Up Chrisley star Savannah Chrisley meets up with Elliott

The Chrisley USA Instagram shares an entertaining clip from Growing Up Chrisley. For this video, Savannah is dressed head to toe in horseback riding attire. It doesn’t take too long before Elliott shows up kind of dressed for the occasion. He’s wearing a maroon button-up shirt, jeans, and a belt with a large buckle. That’s not all. Elliott is even wearing black fringed chaps. Unfortunately, in this clip, viewers can’t see Elliot’s feet to see if he’s wearing cowboy boots.

Savannah can’t contain her amusement. She wants to know what Elliott is wearing. But, Elliott wants to confirm that the big horse is his. It’s not. The Sassy by Savannah creator gives her friend the news, that he gets the smaller horse. In response, Elliott explains that there’s “hardly horsepower in that one.” Savannah is quick to quip back. She says, “Elliott, you should know. Size doesn’t matter.” All Elliott can do in response is hang his head, cover his face, and laugh.

How do fans react to the pairs interaction?

Fans have a lot to say in the comment section of the clip. For starters, one fan thinks that with the hat on, Elliott looks like Chase. This is weird because several of the following comments say that Savannah and Elliott would make a great couple. Some people even think that Savannah is flirting back.

While most of the comments express their love for Elliott, that’s not to say there isn’t some negativity. The haters don’t go as far as to demand that Elliott is removed from the cast, but they let their distaste for the Growing Up Chrisley regulate known. One of the haters writes, “Horrible show! All about annoying Elliott. Might as well change the name of the show.” Notably, an Elliott fan chimes in to defend his honor.