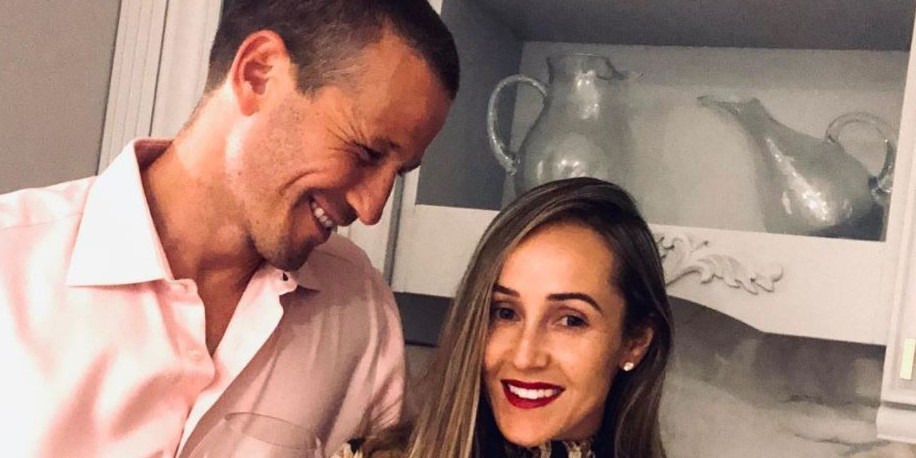 Fans have loved seeing former Bachelorette Ashley Hebert and JP Rosenbaum together over the years. They have always been fan favorites and have two adorable children together. Nine months ago Ashley and JP announced they were separating. The couple sold their home together and continued to remain friends and great co-parents. Today, it was announced they took another big step in their relationship.

US Weekly shared all about what’s going on between Ashley Hebert and JP Rosenbaum. According to court records, JP Rosenbaum filed for divorce from Ashley on July 28 in Miami-Dade County, Florida. The legal action comes nine months after the couple separated. No details of their divorce requests were released.

The news of their separation shocked many as the dentist and her final rose winner decided to part ways. The couple will share custody of their two children, Fordham, 6, and daughter Essex, 4.

Ashley and JP married in 2012 after meeting in 2011 on The Bachelorette. They were in love and happy for a long time. However, as it always does, things changed. When the couple announced their split, Ashley said,  “Our differences have taken a toll on our relationship and after years of attempting to repair the damage, we’ve decided that it is in our family’s best interest to create new and separate lives for our children. Please respect our privacy as we move forward with the newness of our lives.”

JP also addressed their separation in October saying, “Please please please know that there is no one to blame, that there’s no event that triggered this decision, that no one is the victim, and that we’ve done absolutely everything we possibly can to try to salvage this marriage.” He continued, “I think we’ve both come to realize that we are just two very different people, with very different personalities and perspectives, who just don’t see eye to eye on a lot life fundamentals, those which are the building blocks for a happy and healthy marriage.”

They did try everything to make their marriage work. They even appeared on Marriage Boot Camp. The two opened up about their marriage and the struggles they faced.

Then, Ashley and JP even renewed their vows in 2018. Sadly, they just couldn’t get through their rough patch. They continue to be close and raise their children jointly.

Stay tuned for more updates on Ashley and JP.