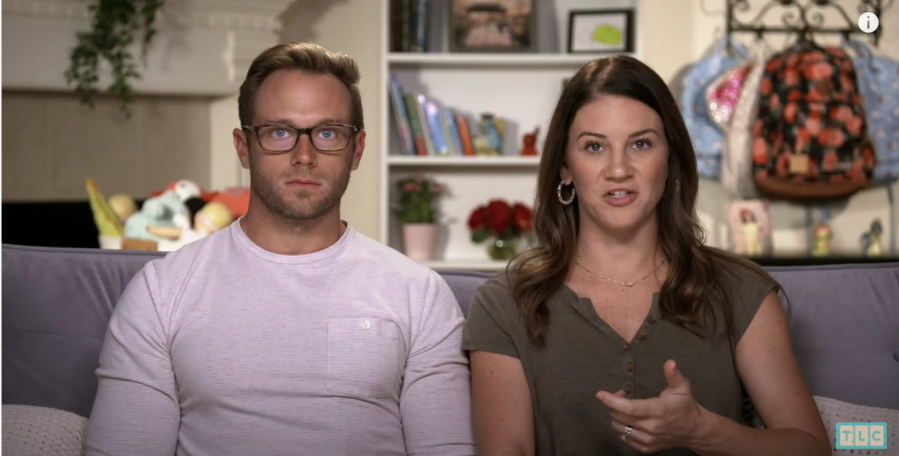 Over the past couple of days, OutDaughtered parents Adam and Danielle Busby get fans acquainted with their newest family addition. It’s been several years since they brought home their first day; a French Bulldog named Beaux. Now, they’ve brought home another puppy, Gus. While Gus isn’t purebred like his brother, he is a designer dog. Keep reading to find out why Adam and Danielle Busby are dragged for getting another expensive dog.

Recently, Adam and Danielle Busby began flooding their Instagram feed with adorable photos of their newest pet, Gus. Notably, Danielle shares on her Instagram that they “might be cray cray” to get another dog. She also explains that Gus and Beaux are “bestest of buddies.” However, none of that is what gets their followers riled up. It is the fact that they’ve bought another expensive dog. Gus is a Bichon Frise Shih Tzu mix. Apparently, this type of dog is marketed as Teddy Bears because of “their adorable faces.”

Several followers are quick to point out that Gus is a mutt because Bichon Frise Shih Tzu isn’t a breed. One follower writes, “it’s still a mutt. It doesn’t’ make it an official breed or purebred even if it has a ‘name’. it’s a mixbreed.” For the most part, that seems to be the extent of the drama on Danielle’s introductory post about Gus.

Fans slam the Busbys for their choice of dog

When it comes to Adam’s initial post about Gus, the followers aren’t so kind. Several of the comments try to start the adopt vs. shop debate. However, the following comment seems to take the cake as it garnishes 100 replies and counting. “Adopting is the only way to go.”

With over 1K likes, Adam kicks off the responses to this comment. He writes, “actually it’s not. Adopting isn’t for everyone. If that is your conviction, then that is great. But it isn’t really your right to bully someone else if it isn’t their choice.” After this, several people chime in with their reasons for not being able to adopt. Some reasons include allergies and concerns of the unknown when adopting a shelter dog.

It’s not really a surprise that Adam and Danielle Busby like nice things. However, Adam is more open about his purchases. The father of six likes sneakers and his Jeep Gladiator. However, some people may not be aware that the Busbys work hard for their lifestyle. As TV Shows Ace previously reports, Adam and Danielle own seven businesses. Adam shares that, “maybe 2 of the 7 business [sic] that we own are actually shown on the TV show. We work hard for what we have.”

What do you think about Adam and Danielle Busby’s latest family addition? Let us know your thoughts in the comment section below. Make sure to come back to TV Shows Ace for more OutDaughtered news.