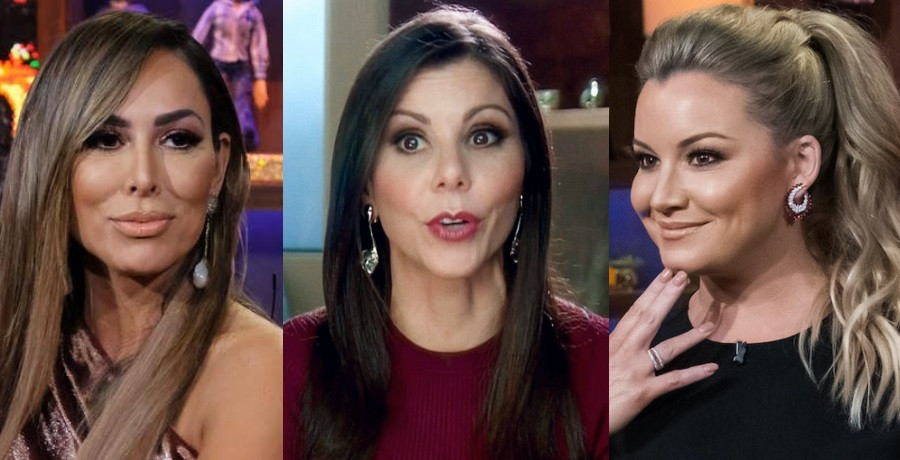 Somehow, Below Deck Med star Hannah Ferrier ended up in Kelly Dodd’s feud with Heather Dubrow. Kelly apologized on Instagram for joking that she and her husband Rick Levanthal contracted COVID-19 from Heather’s son during a New Year’s Eve party. Heather did not take that joke well. Her family attorney sent a legal letter to The Real Housewives of Orange County alum.

As fans know, Kelly’s mouth has gotten her into trouble lately. She caused controversy last year when she made jokes about the coronavirus pandemic. She claimed that it was “God’s way of thinning the herd.” She apologized and later backtracked on her statement. Now, it looks like her jokes are hitting close to home and landing her in legal trouble.

What did Hannah Ferrier say?

Kelly Dodd has been making headlines for her latest comments. Some fans are happy that she’s off of RHOC. They begged Bravo to fire her for the past year. Now Hannah Ferrier is revealing which side she’s on in this ongoing feud.

“If you went to an NYE party with 30+ people then you gave yourself [COVID] you f***ing moron,” she commented on the video that Best of Bravo shared on Instagram.

The video showed Kelly apologizing to Heather. She claimed that she and Rick weren’t the only ones who caught the virus at that party. She revealed that 24 other people caught it as well. Kelly said that there is “no way of proving or knowing” that he or his friends caused the outbreak.

Over 2,4000 Below Deck Med fans liked Hannah’s comment. Of course, many of them had a lot to say about her input. “Totally agree! People who don’t want to follow the guidelines and then blame someone else for getting sick! Total Morons!!” one commented.

“I loved this comment before I saw the absolute legend who posted it,” another added.

Some slammed Hannah Ferrier for inserting herself in the drama. They told the Aussie that she should focus on her own life. Some argued that Hannah should spend more time with her baby rather than scroll through social media. Just because the former chief stew looked at a video doesn’t necessarily mean she’s neglecting her child.

There were also some Kelly Dodd defenders in the comments. They feel that the television personality held herself accountable. While Kelly has lost her share of fans, she still has a supportive group of people who praise her for her candidness.

Kelly had no choice but to apologize for the comments she made about the virus. In a recent interview on Jeff Lewis Live, she claimed that she wasn’t “smart enough” to make such wisecracks. Kelly did admit that her joke was “insensitive,” but that she “wasn’t hurting anybody.”

What are your thoughts on what Hannah said about Kelly? Do you agree? Sound off below in the comments.