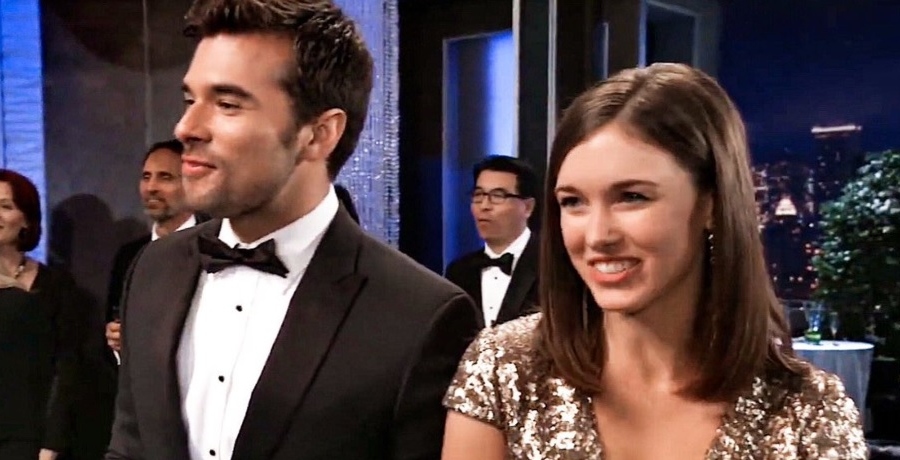 General Hospital spoilers what the future could hold for Willow (Katelyn MacMullen) and Chase (Josh Swickard). As GH viewers know, Willow wasn’t expecting her marriage with Chase to last very long. In fact, she only went through with marrying him because he was dying.

Things, however, turned around for Chase thanks to big brother Finn (Michael Easton). Finn discovered Chase was the biological son of Gregory (Gregory Harrison). Thanks to this discovery, he worked up a treatment based on his DNA. Will this treatment save Chase’s life? And, what does that mean for Chase and Willow’s marriage?

Tv Insider recently sat down with Josh Swickard to discuss Chase’s future and his marriage with Willow. The actor reminded the outlet that the writers do a pretty great job of keeping the storyline under wraps. So, there isn’t too much he can contribute to General Hospital spoilers. Truthfully, Josh doesn’t know much more than viewers at home because he only gets scripts that are about three weeks out.

I was getting scripts where Chase was having seizures. Then, Finn’s antidote didn’t work. I hadn’t gotten a talking to about being killed off but then, I read the script where Chase flatlines. I thought, ‘Oh, is this it?’”

Josh admitted to the outlet that playing the role of someone who was sick and dying for 12 hours a day made him feel like he’d been hit by a truck by the time the workday was over. The outlet proceeds to question how Chase is going to react to the fact that both Michael and Willow are lying to him because he is sick.

“That’s interesting…I don’t know how Chase will react but I can’t see that situation going over well for anyone regardless of their temperament,” he responds.

Will there be a future for Willow and Chase as a couple?

As far as General Hospital spoilers are concerned, Josh Swickard admits there are a few different paths the writers could take as far as the future of Chase and Willow are concerned. The actor acknowledges that there will always be something between Chase and Willow. But, will the couple have a future together? Only time will tell.

Do you think there will be a future for Willow and Chase as a couple? Share your thoughts with us in the comments. And, keep coming back to TvShowsAce for the latest General Hospital spoilers.