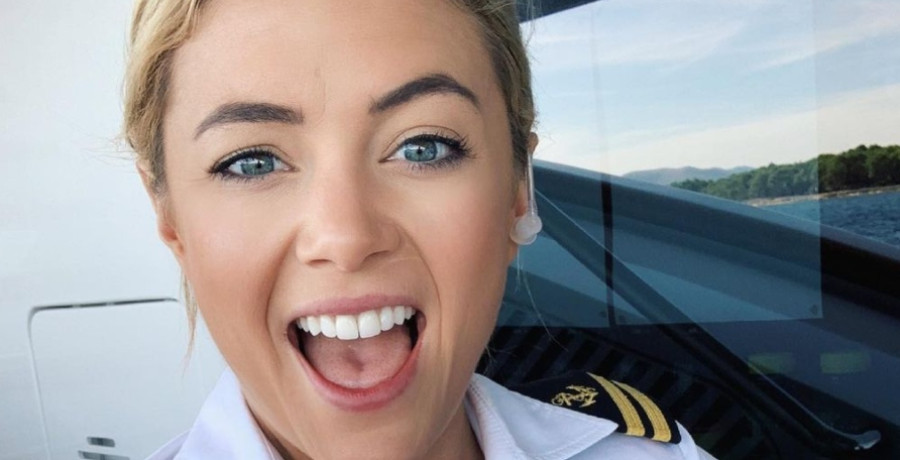 Below Deck Med star Malia White ended up in a horrific accident. The reality star documented the incident on social media. She ended up hospitalized with scrapes, stitches, and broken bones. Usually, yachting is one of the most dangerous jobs in the world.

The Bravo show has had its share of near-death experiences. However, the bosun is used to living a life of adventure, as witnessed on her Instagram account. Malia loves to travel the world and take part in big adventures. Unfortunately, one of her favorite activities ended in a collision that had her hanging out in the emergency room.

Below Deck Mediterranean Season 6 star Malia White took to her Instagram feed to share photos from her scooter accident. On Wednesday, June 30, she revealed that the incident took place in Mallorca, Spain. It started out perfect with the reality star going for a ride on her aqua-colored scooter along the beautiful landscape. Malia wore a white tank top with olive green shorts, which she paired with black slides and sunglasses.

The adventurous yachtie showed off and did a handstand on the cliff. Malia took in the beautiful surroundings after she rode her way to the top. Malia was joined by her friends during that epic day. That peaceful moment quickly came to an end when she wounded up in the hospital.

“BEFORE PHOTO: had an amazing day exploring the island of Mallorca with my crewmate by scooter!” Malia wrote in the caption. “But it didn’t end as nicely as it started…..”

She followed up that post with a separate post that featured photos from her hospital bed. Malia snapped a selfie of herself with stitches above her eyebrow. She also showed her legs covered in bandages. The Bravo star was covered head-to-toe in gauze.

“AFTER: On Instagram we usually share the pretty stuff but this is the important stuff – I’m sharing this to express the importance of always wearing a helmet,” Malia continued. “Mine quite literally saved my life. I spent the premiere night in a hospital bed after having a mean accident on my scooter. I’ve been riding scooters my whole life, was familiar with the equipment, wasn’t drinking, and was 10 minutes from my boat.”

The television personality shared an important lesson with her fans. “Accidents happen when you least expect them,” Malia concluded in her post.

Malia White will be in pain for the following weeks to come. She is thanking her blessings that the accident wasn’t as bad as it looks. In her caption, the professional dive instructor said she’s not severely injured. Malia ended up with broken toes, a fractured elbow, some stitches, road rash, and “a very sore body.”

“I don’t want to imagine what the case would have been without my helmet!” she wrote. “I won’t hang up my scooter keys just yet … but I’m definitely aware of the importance of cruising safely!”

Safety is always on Malia’s mind. She practiced the importance of safety and maritime law during Season 5 of Below Deck Mediterranean. Malia was concerned with chief stew Hannah Ferrier having an unregistered prescription and CBD pen on board the yacht. She informed Captain Sandy Yawn, who fired Hannah on the spot. Of course, this scene caused controversy and a heavy debate about mental health on social media.