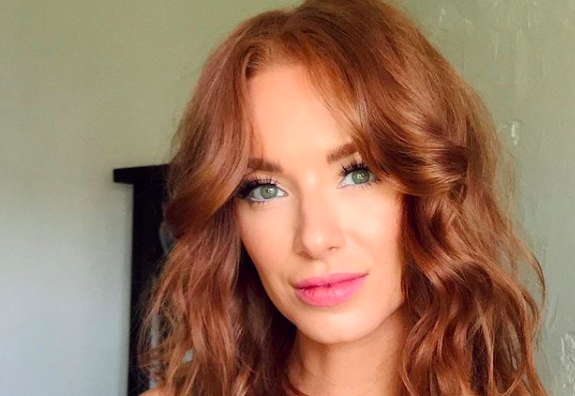 Elyse Dehlbom, former Bachelor star, is talking about Katie Thurston’s journey as The Bachelorette. It sounds like she’s not entirely sure Greg Grippo is the one for Katie.

Elyse starred in Colton Underwood’s season of The Bachelor. However, she ended up going home on episode five because she wasn’t feeling it with Colton. Clearly, she understands when two people don’t belong together. That’s exactly how she feels about Katie Thurston and Greg. She says that she doesn’t want Katie to take what he is saying too far, Us Weekly reveals.

“I feel really protective of Katie. Whenever I see her and Greg together, I feel like a big sister and I just want to be like, ‘Oh, just don’t put too much weight into what he’s saying,’” Elyse reveals. “Not because I think he’s a terrible person, but I think she’s already fallen in love with the idea of Greg so much that she might not see where maybe their compatibility might falter.”

Honestly, this is a great point. If she likes the idea of Greg so much, she won’t notice anyone else she could actually have a better connection with.

Katie and Greg on the show

During The Bachelorette there was a fake proposal where Greg told Katie how much he loved her. Of course, it was fake and he likely isn’t that in love with her yet. However, Katie Thurston took it and ran with it.

“Katie said, ‘He said, I love you and I’m going to accept that!’ She wants to hear that stuff from Greg,” Elyse says. “It’s clear, like, that’s her front-runner. But I don’t think they should put too much weight in what a fake proposal says.”

“I don’t care that he went to acting school. But I think that a lot of what I’m concerned with is [Katie] is no longer in a lead position when it comes to him,” she says. “You see Katie being this really strong woman, right? She’s making clear-cut decisions. And then with him, it’s like she’s chasing and pursuing him. And yes, there’s a little bit of that in every relationship — at different times, you’re kind of chasing each other. But it seems like she’s constantly chasing him. And we’ve all done that. The guy that seems just out of reach, she gives you a little and you’re like, ‘He loves me!’ When he’s like, ‘No, I just called you back.’”

Katie does have a really strong vibe around her other than with Greg. She even sent Thomas home in a rather savage manner. After finding out that he wanted to be the next Bachelor, she sent him packing. Does she have that same power with Greg? Really, only time will tell.

Do you agree with Elyse? Do you think Greg and Katie Thurston would be a good couple? Let us know in the comments below. Come back to TV Shows Ace for more news on all of your favorite Bachelor Nation stars.