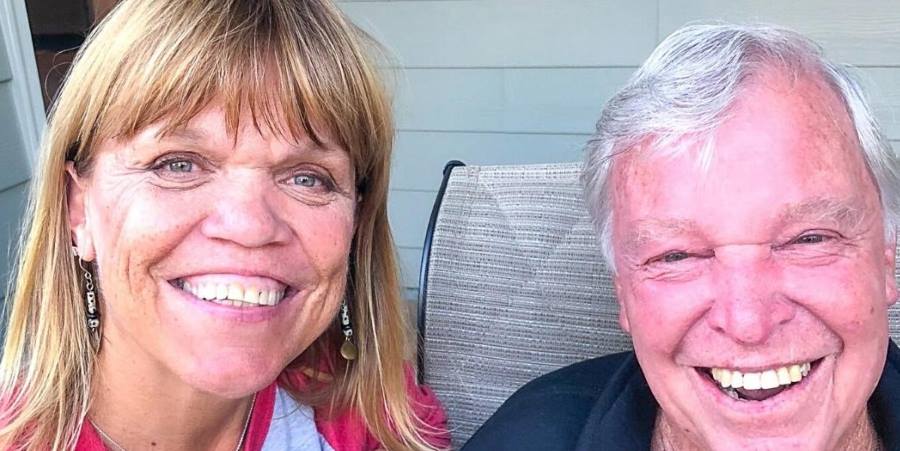 Amy Roloff caught up with her dad recently in Michigan. Actually, she tries to see him as often as possible since her mom passed away in 2019. Well, time together always comes to an end eventually, so the LPBW star sounded a bit down about leaving him again. However, instead of saying “goodbye,” she prefers to think they might meet up again. So, she says, “til we meet again.”

Amy Roloff visits with her dad after mom’s death

One of the hardest times for the TLC star came when her mom passed away in 2019. In fact, she stayed extra time with her dad as he adjusted to his tragic new normal. Patricia Knight passed away and Amy went home to be with her dad. In fact, she found it difficult to leave him as he and Patricia shared so many years together. However, she eventually had to move on and go back home to the rest of her family. Since then, her dad also visited the family in Oregon, which is nice.

‘LPBW’: Amy Roloff Explains That She Stayed With Her Dad Extra Time After Her Mom Passed Away

This month, Amy Roloff and her dad took time to visit their cabin at Lake Michigan. She told her TLC fans that it felt like a very special time. In her caption, she said that she really missed enjoying “adult” time with her mom and dad. After all, for so many years, she raised the kids and after she married, time with her mom and dad felt special. So, she talked about not taking time with him for granted. After all, he’s not so young anymore. The Little People, Big World star reminded her fans that he’s 92-years-old now. Actually, in the comments of the post, Audrey and Jeremy wished they could have visited with him as well.

Time to leave her dad again, No ‘goodbye’

Amy Roloff took to her Instagram on the weekend and talked about leaving her dad again. She shared a photo of herself with her dad and said that in a few days she leaves for Oregon again. In a long message, she talked about how “The number of days I got to be w/ my Dad just [doesn’t]  seem enough.” However, she felt thankful that she got to hang out with him for seven days. Additionally, she really enjoys time at the cabin as it brings her so many memories.

Now she really hopes that her old dad can make it to her wedding. Plus the Little People, Big World star talked about how her “home’ in Oregon calls [her] back.” Then she said, to her dad, “Never good-bye but til I see you again.”

What are your thoughts about the LPBW star never saying “goodbye” these days? Do you agree it’s nicer to think of seeing each other again? Sound off in the comments below.

Remember to check back with us often for more news from Amy Roloff on TLC’s Little People, Big World.