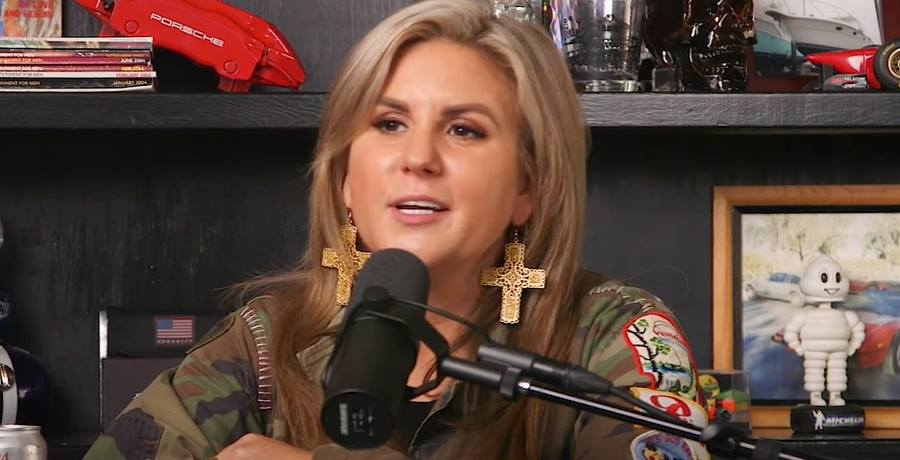 Storage Wars star Brandi Passante made an appearance on Happening Now with Hammer. The reality star talked about the popular show and how it got its origins. She even revealed who she thinks is a “d*ck” and who she texts on a daily basis. Brandi is best known for Storage Wars and Married to the Mob.

She spoke with the Happening Now with Hammer crew to talk about her experience on the A&E series. Brandi shared where fans can find some of the best storage auctions and the strangest thing she’s found in storage lockers. She also spilled some tea during the 20-minute long interview.

Brandi Passante spills the tea on her cast members

Brandi revealed that she no longer has a store either. She said that you no longer have to own a store these days. She admitted that they find adult videos in storage units a lot. Then Brandi was asked about Darrell Sheets, who sold art.

She admitted that he’s “more of a hype man, for himself.” The hosts wanted to know her thoughts on the other cast members. But the hosts asked her if Darrell is “really a persona” or if “he’s that guy.” Brandi simply said that Darrell is simply “that guy.” Both of the hosts and Brandi expressed their love for Kenny Crossley.

The hosts called Kenny a “fun guy.” One of them said that they love his approach to storage lockers. Then she was asked about Dave Hester. Brandi said the only thing she appreciates about him is his face value. He appreciates that he “doesn’t pretend to be anything other than a d*ck.”

Brandi calls Kenny one of her “favorite humans.”

Who does the Storage Wars star text daily?

Brandi Passante reveals that Kenny texts her on a daily basis. He always texts her the following, “How are you doing, homegirl? Are you alright? You doing okay? You gonna make me something to eat soon?” It sounds like Brandi and Kenny are close and are good friends. She has nothing but love and respect for her fellow co-star.

Brandi was then asked this intriguing question. One of the hosts wanted to know how far she would go distance-wise and money-wise for a locker. Brandi revealed she took a trip to Santa Clarita last week, and they went from Las Vegas to San Francisco to everywhere else in between. Brandi admits they “spent some money,” but it’s not always “feasible” to spend money and travel long distances.

What did you think of Brandi’s thoughts on her cast members? Are you surprised by who she texts daily? Share your thoughts below in the comments. Check back with TV Shows Ace for more news on Storage Wars.