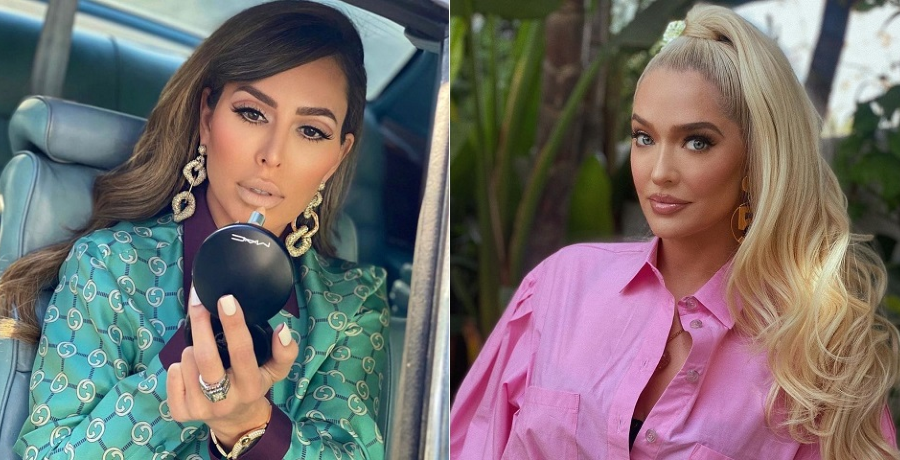 Kelly Dodd watched The Housewife and the Hustler. On Monday, June 14, the ABC News Original documentary dropped on Hulu. The program gives a glimpse into Erika Jayne and Tom Girardi’s lavish lifestyles. It also investigated Girarid’s law firm and his alleged clients who claimed he used settlement money for his much younger wife.

RHOBH fans have been buzzing about the documentary. They’re looking forward to how the divorce and embezzlement case will play out on The Real Housewives of Beverly Hills. In the meantime, a fellow Housewife is sounding off. The reality star loves to share her thoughts on everything surrounding Bravo, even though she’s no longer involved with the network.

Kelly Dodd shared her input about The Housewives and the Hustler. She commented on Page Six’s Instagram post about Erika Jayne’s new rental home. The post shared a photo of the RHOBH star. The caption revealed that Erika had to downsize from her 10,200-square-foot mansion to a modest 2,100-square-foot apartment.

“Amid the release of the salacious #Hulu documentary ‘The Housewife and the Hustler,’ which details the #RHOBH star’s legal troubles, many fans have wondered about her current living situation after she was forced to leave her her luxe lifestyle behind,” the caption read. ”

Kelly Dodd shared her thoughts on the documentary. She revealed that she “cried so hard” for the “victims” after she heard their stories. Then she offered some advice for the Pretty Mess author.

“I just watched that last night and I cried so hard for those victims .. why Did her lawyers drop her ?” Kelly wrote in the comments section. “If I were her I would sell all my stuff and give it to those victims that were hustled for 40 years . Act in good faith .. [SIC]”

Erika and Kelly met at Bravocon in 2019, an insider told Page Six. She revealed that her fellow Bravo star “was really nice” and so she “sent her a pair of her shoes from her shoe line.” Kelly has not spoken to Erika since she wrote that comment on Instagram. As fans know, Kelly is struggling with her own financial issues after her RHOC firing.

RHOC alum doesn’t want to be “tied” to Bravo

Kelly Dodd may miss her time on The Real Housewives of Orange County, but she won’t miss being on Bravo. That doesn’t mean she isn’t grateful for the opportunity. Kelly shared her gratitude to the network as she plans her next steps.

“Now it’s onward and upward! I’m super excited to be a free agent, not tied to a Bravo contract, and can’t wait to work with Rick on new projects,” Kelly said in her statement. “I wish the show nothing but success.”

Cast members Braunwyn Windham-Burke and Elizabeth Lyn Vargas have also exited the series. Heather Dubrow, who was on the show from 2012 to 2016, will return to the series. Kelly previously revealed that she would quit RHOC if Braunwyn returned. As fans know, Kelly and Braunwyn do not get along.

Kelly even blamed Braunwyn for their firing. What are your thoughts on Kelly’s advice to Erika? Sound off below in the comments.