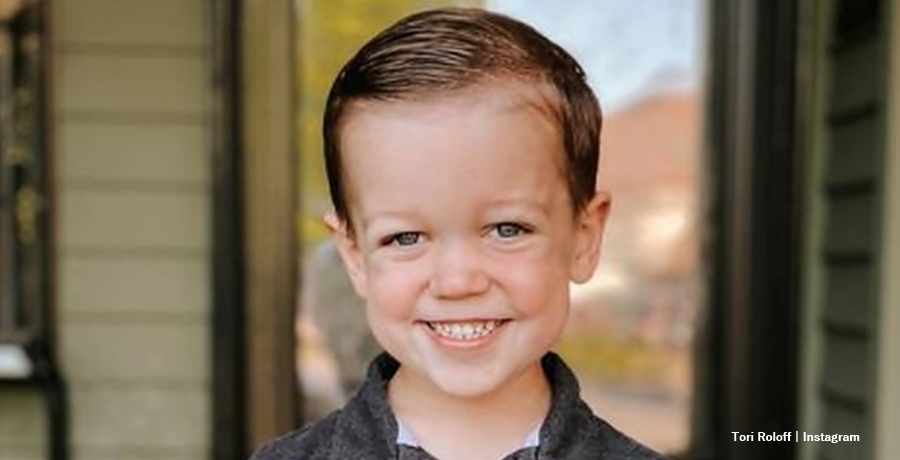 Think adorable, cute, and clever, and you might as well think about Jackson Roloff. Tori and Zach really struck gold with their son, TLC fans think. The Little People, Big World kid captured the hearts of fans, family, friends, and even mainstream media reporters and hosts from a very young age. Now four, he’s overjoyed about Summer Camp in 2021. Completely at ease, he played to the camera on Monday.

Jackson Roloff took Lilah on a four-wheeler mission because of summer camp?

This weekend, LPBW fans saw several adorable clips of Tori’s son. One set of clips revealed that he nearly melted his mom when he took Lilah out for a spin in his little four-wheeler mule. You might recall that he received it as a Christmas gift from grandpa Matt a few years ago. Of course, fans know that since he was tiny, Jackson loved riding on the mule with the Little People, Big World patriarch. Just like his grandpa he gave an adorable kid a ride around in his own rig. Perhaps it came because of what he learned about in summer camp.

Jackson Roloff also revealed his clever side this weekend. His mom shared that he learned his bible verse at church class word-perfect. Confident, he rocked his recital and as usual, looked like the sweetest kid ever. Well, clever, interested in learning, and being an outdoors boy probably came together in one perfect mix for him when he and Tori chatted about summer camp 2021. Very upbeat, in the clips she shared, he casually said “hey guys” to all his fans. After that, Tori explained about his summer camp.

Did Jackson Roloff go on a real African safari? Well, no, not yet. However, he still saw animals and looked at them through his binoculars. Tori explained that the camp he attends is actually a virtual camp. She revealed a box full of things for a project. The kids explore various projects over about five days at their own pace. Well, the first one he chose was the African safari and he quickly took everything out of the box. When his mom asked the LPBW boy what he wanted to do first, he selected the binoculars.

Jackson Roloff quickly folded the binoculars as instructed and peered through them. Then, when Tori asked if he saw any animals yet, he said no. So, the TLC star opted to make the elephant next. All the stuff comes in the package from Kiwico Camp. Possibly, as he saw pictures of people on safari in four-wheelers, the cute little guy took his own sister out in his four-wheeler for a pretend safari in Oregon.

What do you think of the idea of holding a virtual summer camp for little kids like Jackson? He certainly looked very adorable and excited about it in his mom’s Instagram Stories. Sound off your thoughts in the comments below.

Remember to check back with us often for more news about Little People, Big World star, Jackson Roloff