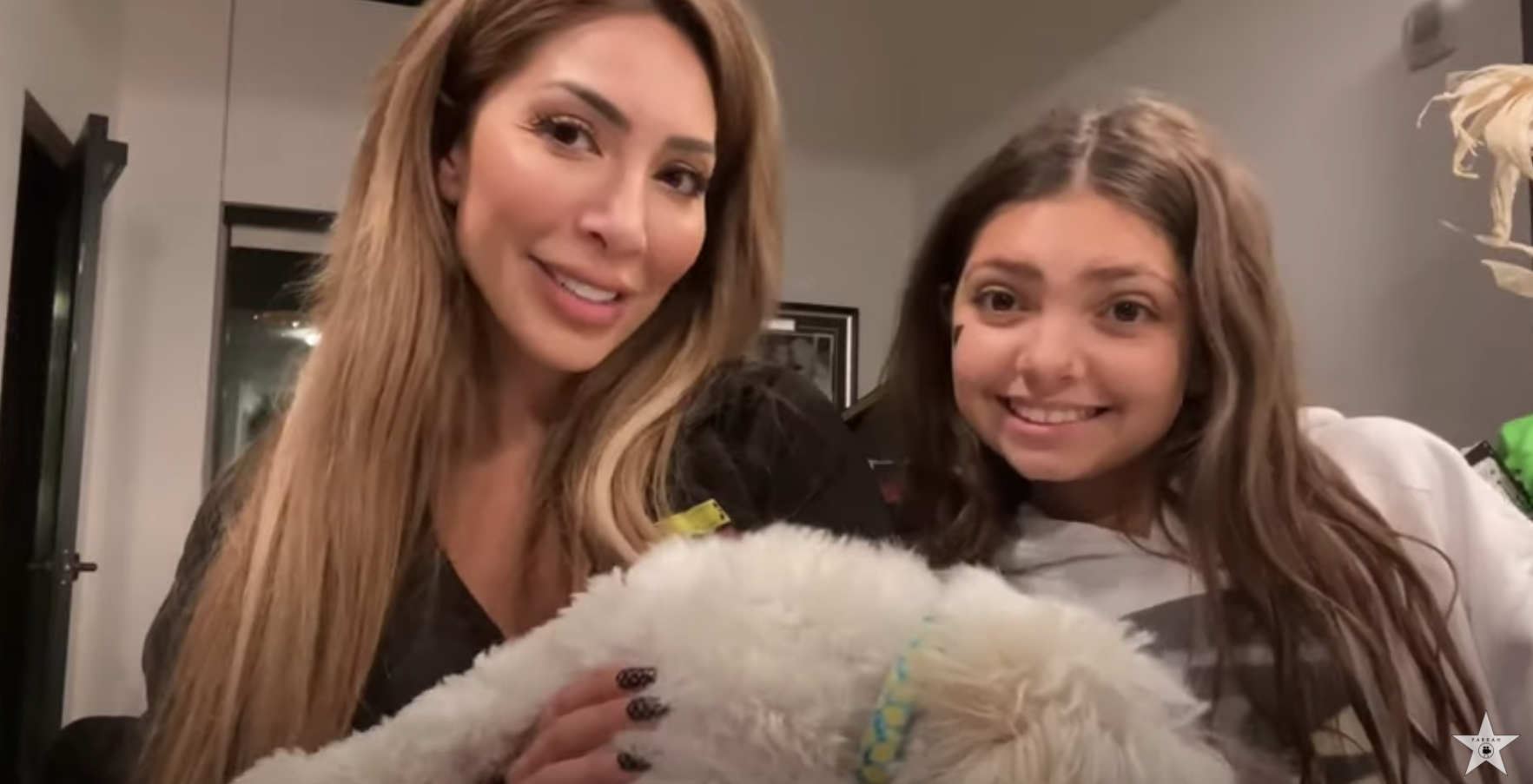 Teen Mom alum, Farrah Abraham makes headlines for her bizarre puberty talk with her daughter, Sophia. Unfortunately, this isn’t the first time Farrah’s headlines involve her 12-year-old daughter. To say that people are concerned would be the least of it. Keep reading to find out more about the shocking puberty talk Farrah Abraham has with her daughter, Sophia.

According to US Weekly, now that Sophia has gone through puberty, Farrah’s had a reproduction talk with her. According to Farrah, a crucial part of learning about this part of the human reproductive cycle has to do with pregnancy tests. The former Teen Mom star shares with the outlet her thoughts on puberty. “Oh, my God. The world is speeding up on me… When tweens go through puberty, they need to learn, first of all, about pregnancy tests. So I needed to let her know stuff because I am all about healthcare. And I am not about shaming.”

Apparently, all of this is under the guise that Farrah Abraham wants to be a “fun mom” She also describes pregnancy tests as fun. Consequently, it seems like fun is the theme of this awkward puberty. However, from the way US Weekly makes it sound, this idea wasn’t Farrah’s. Last summer, Farrah tells the outlet that other parents suggest that she have “the talk” with Sophia since she was likely hearing all about it at sleepovers.

While some may argue that Farrah Abraham is letting her daughter grow up too quickly, there does seem to be one thing that the single mother keeps a close eye on. Sophia has her own social media, but according to US Weekly, Farrah monitors Sophia’s accounts closely.

What do you think about Farrah Abraham and her approach to the puberty talk with Sophia? Let us know your thoughts in the comment section below. Make sure to come back to TV Shows Ace for more Teen Mom news.