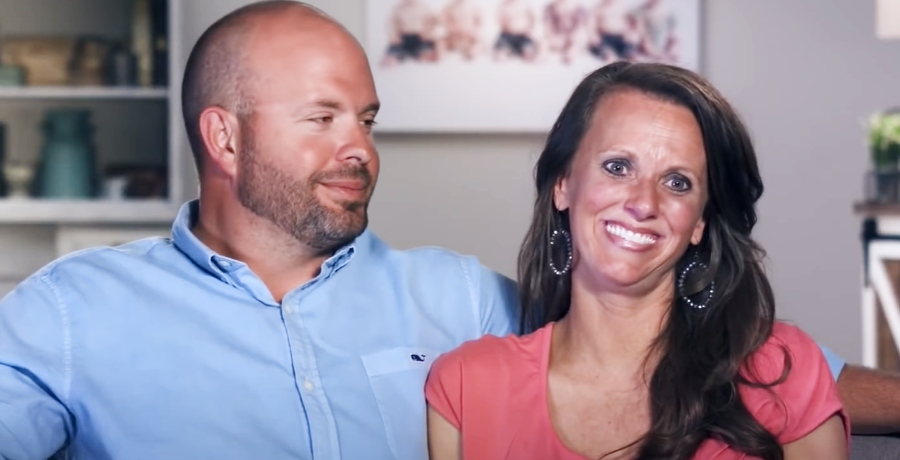 Courtney Waldrop and Eric from TLC’s Sweet Home Sextuplets seem destined to share a lifetime of happy moments together. Apart from setting parenting goals, fans love that they both work at making their marriage a success. Actually, they both share very sweet messages about each other from time to time. Now, while celebrating a huge day, the mom of nine kids wrote a long caption about their “incredible” life.

If you watch the TLC show, you probably know that the parents of the sextuplets, the twins, and an older son met as kids. In fact, they attended middle school and first met in the eighth grade. Later, they both attended the same college. Then, almost straight after graduation from Auburn University in Alabama, they tied the knot. However, they probably never even imagined the way their lives turned out. And yet, despite the pressure of raising nine children, working hard, and filming, they seem as close as ever. On her birthday, Eric said that he falls “in love with [his wife] more… every day.”

Successful as a business owner and a part-time farmer, Eric provides Courtney Waldrop and the kids with a nice ranch-style home. In fact, on Instagram, she revealed that she felt delighted as walls finally went up in their bedroom. You might recall that at one stage, they lived in a trailer while renovations took place. So, no wonder she felt thrilled with her unusual birthday present. Obviously, they got through difficult times, as they expected twins. However, they never anticipated sextuplets.

Courtney Waldrop took to Instagram on the weekend and announced that they just celebrated their 17th wedding anniversary. Plus, she reminded her TLC fans that when they met they were “a little boy and little girl that met 25 years ago.” However, she said that she regrets nothing. Plus, she added, “love…has gotten us through some of the hardest times to the most wonderful blessings.” Next, she said that her life is “crazy, exhausting, insane, but incredible!!”

Continuing her praises for Eric, Courtney Waldrop said, “he’s definitely my rock when I start to crumble, he’s my strength when I have no more to give, he’s the calm to all the crazy and he loves me through it all.” While the kids keep them busy each and every day, she still dreams that one day they will “take that dream Anniversary trip to Hawaii😝.” Next, she joked, “we may be 80 but we’ll get there one day!!”

Courtney Waldrop from Sweet Home Sextuplets ended her messaged with, “Until then we’ll just be thankful for every moment we have together no matter where we’re at and praise God for our love that grows stronger each and every day!!🙌🏻❤️🙌🏻.”

Remember to check back with us often for more updates about Courtney Waldrop and Eric on TLC’s Sweet Home Sextuplets.