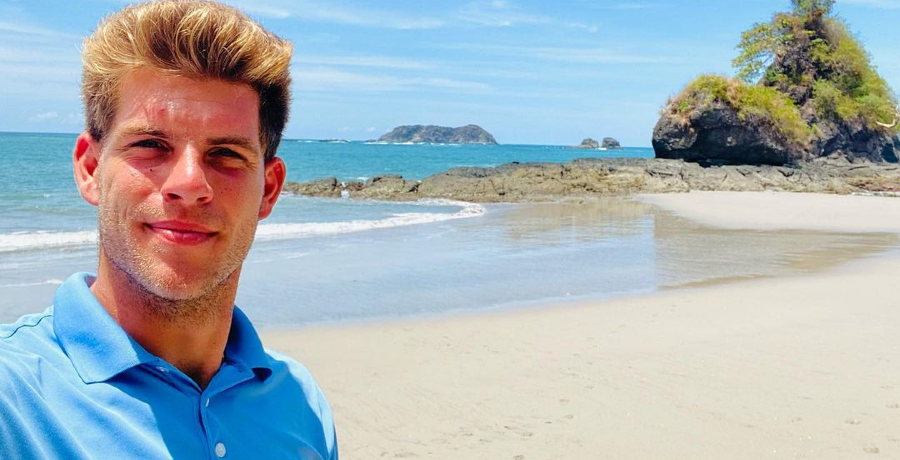 Below Deck Sailing Yacht star Jean-Luc Cerza-Lanaux broke his silence on Dani Soares’ baby. For months, rumors swirled that he could be the father of her little one. Late last month, the former stew gave birth to a healthy baby girl. In her first announcement via Instagram, she made it clear that she was raising her little one alone.

Since then, fans have wanted to know if Jean-Luc is the father of Dani’s baby. Apparently, he wants to know as well. It’s unclear whether this drama will play out on the Season 2 reunion. They’re hoping that it will offer a follow-up on their relationship status.

Jean-Luc from Season 2 of Below Deck Sailing Yacht broke his silence on the baby drama. He released a statement about the rumors that followed him for months. On Friday, June 18, the deckhand took to Instagram to share a photo of himself looking out at the ocean. In his post, Jean-Luc addressed the paternity questions that he previously avoided.

“There’s a lot of gossip about my social media silence so I think it’s time to clear the air,” Jean-Luc wrote. “While others are off chasing their 15 minutes of fame, I am working on a yacht in Central America and heartbroken to have to hear about the baby’s birth on social media and read headlines like ‘Dani Soares Says Her Baby’s Father Doesn’t Want Anything to Do With It’ All I can say is if it’s mine, I want to be involved 100%.”

He went to explain his childhood. Jean-Luc’s parents were married when he was a child. The yachtie says he wouldn’t want to see any other child go through that. He poked fun at Dani’s Instagram show with fellow stew Alli Dore and chief stew Daisy Kelliher titled “Pity Party.” Each week, the trio got together to talk about the latest episodes of Below Deck Sailing Yacht.

“Not looking for a pity party,” he continued. “Just want everyone to know how strongly I feel about this, especially the haters who are so sure I am neglecting my responsibility. No one wants to know more than me if this is my baby girl!”

Chief engineer Colin Macrae didn’t take kindly to Jean-Luc’s post. He told his former crew member to “man up.” Then he added: “Don’t play the innocent victim here JL. Man the f*** up.” Colin has been seen as the voice of reason on this season of Below Deck Sailing Yacht.

Alli also commented on Jean-Luc’s post. “No one is stopping you from getting a paternity test,” she wrote. Chef Natasha de Bourg added: “I’m sorry JL but sounds like a pity party to me …. Why didn’t you reach out 9 months ago ??? No woman deserves to be treated the way you treated Danny [sic].”

Dani made it clear that she’s raising her child alone with support from her friends, family, and coworkers in Australia. She’s currently living in Sydney, Australia where she’s studying to become a nurse. Former Below Deck Mediterranean chief stew Hannah Ferrier said she would love to have a play date with Dani. She also offered to help out the new mom. Part one of the Below Deck Sailing Yacht Season 2 reunion airs Monday, June 21 at 9 p.m. ET on Bravo.

Fans Are Shocked By Joy Forsyth’s Latest Selfie
‘RHOBH’: Kyle Richards Reveals When She Will Leave The Show
What Does Nathan Bates Do For A Living?
Blake Moynes Dishes On Rumors He Could Be ‘The Bachelor’
Wait, Kody Brown Charges How Much For Personalized Cameo Videos?