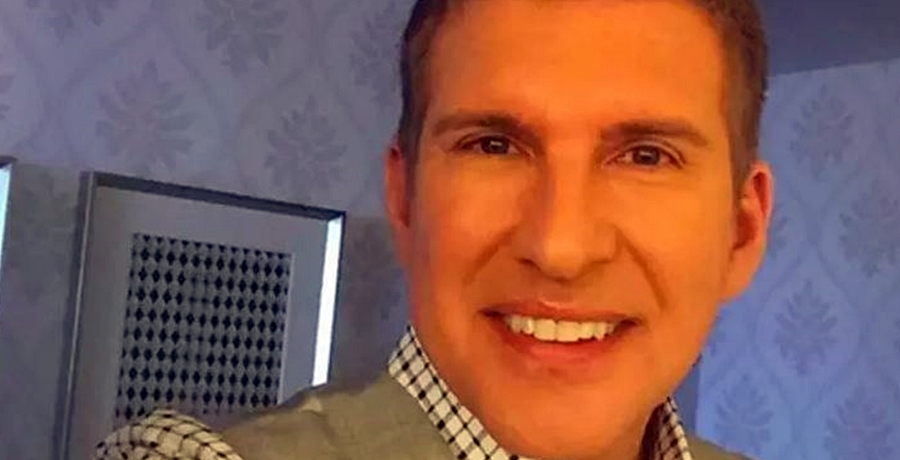 Todd Chrisley sometimes shares his own quotes online. Other times. he shares memes. As he usually comments on them, he clearly thinks about it before he posts. Often inspirational, sometimes he also comes over as very defensive. The source of that might come from the number of people who scandal away about his estrangement from Lindsie.  It seems that people who say one thing to you at the table and say something else when you walk away get right up his nose.

In a recent Chrisley Confessions podcast, the USA Network star and his wife talked about someone betraying them. Of course, it doesn’t take a rocket scientist to suspect that might be Lindsie. Father and daughter seem no closer to reconciliation than they were years ago. The subject came up when they discussed their 25th wedding anniversary. It turns out that he feels betrayed by his “own flesh and blood.” Well, he feels that betrayal from within the family lasts for a lifetime.

Someone Betrayed Julie & Todd Chrisley: But Who?!?

In the same podcast, the wife of Todd Chrisley also talked about how she can’t imagine the pain that he goes through. Sometimes though, she feels a little bit let down by the kids as well. When they went on vacation in June she complained that the older kids don’t really help out. So, she ends up cooking and cleaning while they enjoy the beach. Still, a lot of moms probably feel that way from time to time and they usually get over it. But does Todd let it go to the point that he can’t stop being defensive?

No sitting at tables with certain people

Well, Todd Chrisley seems very protective of himself and his family, In fact, trolls better not go after his granddaughter Chloe or any of his family. So, it seems understandable that he sometimes gets bullish about people who talk about him. Bear in mind, his notoriety went through the roof with the federal tax cases. So, more than likely, people who sit with him, or see him, probably gossip and stab him in the back quite a lot.

The meme that Todd Chrisley posted up on Tuesday, June 15 read, “I no longer sit at tables where I might be the topic when I get up.” Can you relate to that? Possibly, everyone at some stage gets bitterly hurt when they hear people backstabbed them in their absence. In his caption, the Chrisley Knows Best star noted, “If you can’t say it in the presence of someone then it’s because your version isnt their truth.”

What do you think about the post by the Chrisley Knows Best patriarch? Sound off in the comments below.

Remember to check back with us often for more memes and sayings from Todd Chrisley.