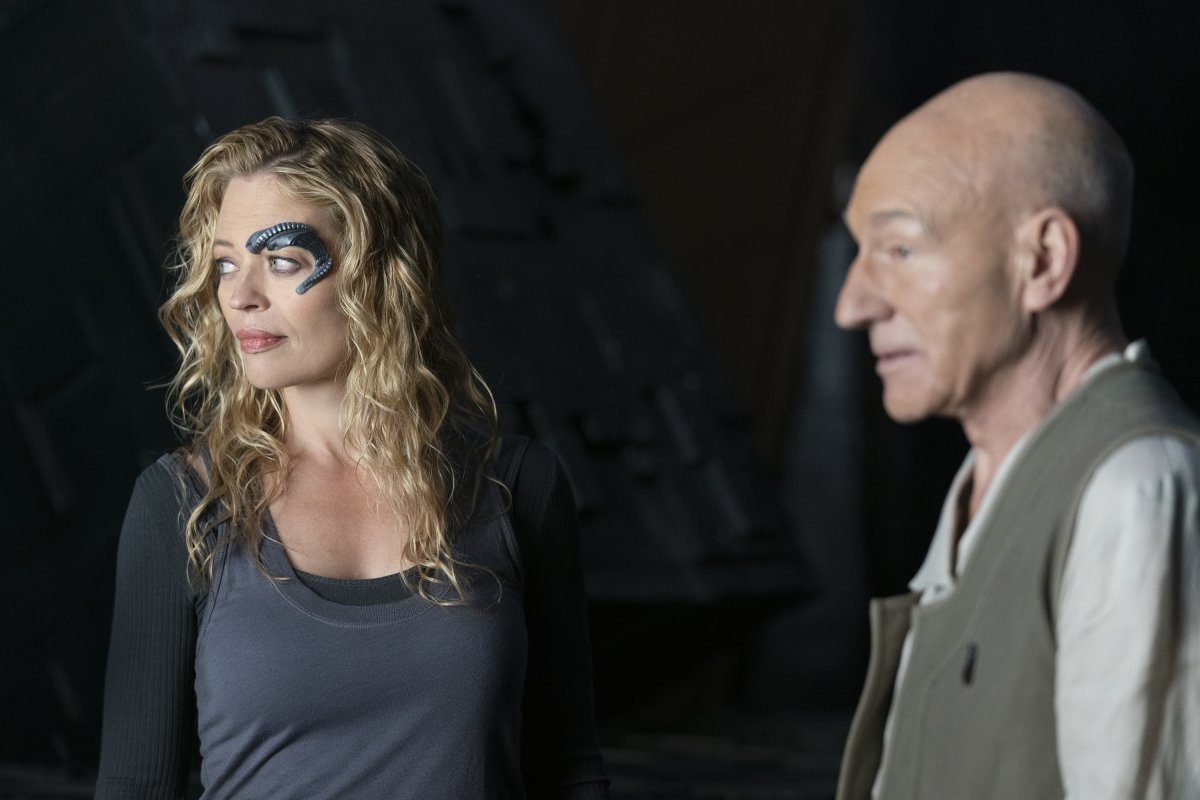 Today another trailer was released ahead of Star Trek: Picard season two’s return coming in 2022.

Sir Patrick Stewart reprises his iconic role as Jean-Luc Picard, which he played for seven seasons on Star Trek: The Next Generation.

The success of season one saw CBS renew Picard for the second run of ten episodes. The new season kicked off production in February 2021, according to Jeri Ryan, cast as Seven of Nine.

Now production is in full swing for season two, with a decidedly time travel theme, revealed in the newest trailer below.

Star Trek is a vast franchise with loads of stories and characters. The films and TV series all have a unique spin on the original idea, and Picard is a wholly new storyline from Next Generation, where his character also appeared.

Showrunner Alex Kurtzman spoke to the Television Critics Association at the Winter 2020 panels in Pasadena (TV Shows Ace was present) about structuring the show and what episodes would look like.

Kurtzman said: “I think it was very important to us. Let’s start with Patrick. Patrick was very clear. As he said, he didn’t want to repeat Next Generation, and obviously, filmmaking has evolved quite a bit since that show came on. We are in the golden age of streaming right now, as it’s called, and that basically means we get to make movies on television, which is wonderful…We’re telling you a story over 12 or 15 hours. You get to live in nuance and depth that you often don’t get to do in a movie.”

Regarding the larger Star Trek universe and the story itself, he added:  “I think the proposition is that every time you watch a Star Trek show, it has to feel and look totally very different from every other show. What you get from Discovery is not what you’re going to get from Picard, and certainly not what you’re going to get from Lower Decks. That’s the beauty of what we’re trying to build, is that if we are if you’re looking at the show, [and if] you’re thinking, well, I could get that on another show, then we’ve failed. So the look of this feels more grounded.”

The story is heavily on Picard and his life. Kurtzman noted: “We wanted to take the time to show the condition of Picard’s life, and to watch him evolve to taking off into the stars, and we were not in a hurry to do that. I think because of that, as Michael said, we are always leading with character first. So I think the look and the tone and the feel of the show is different by design.”

John de Lancie is set to appear in season two as the iconic character Q.

The new season continues to follow this iconic character Picard into the next chapter of his life.

CBS Studios produce the series in association with Secret Hideout and Roddenberry Entertainment.

Star Trek: Picard Season 2 is set to release in 2022 on Paramount+.

Picard streams exclusively on Paramount+ in the U.S. and is distributed concurrently by ViacomCBS Global Distribution Group on Amazon Prime Video in more than 200 countries and territories. In Canada, it airs on Bell Media’s CTV Sci-Fi Channel and streams on Crave.

‘Sister Wives’: Did Meri Brown Get Drunk & Go Live On Instagram?
‘Days Of Our Lives’ EXCITING Comings & Goings: Johnny DiMera All Grown Up – Rex Brady Back
Shirtless Garrick Merrifield Flaunts What He’s Got Amid The Hate
‘Dexter’ Revival: Release Date, Cast, What We Know So Far
Clay Harbor Defends Andrew’s Choice To Leave ‘The Bachelorette’