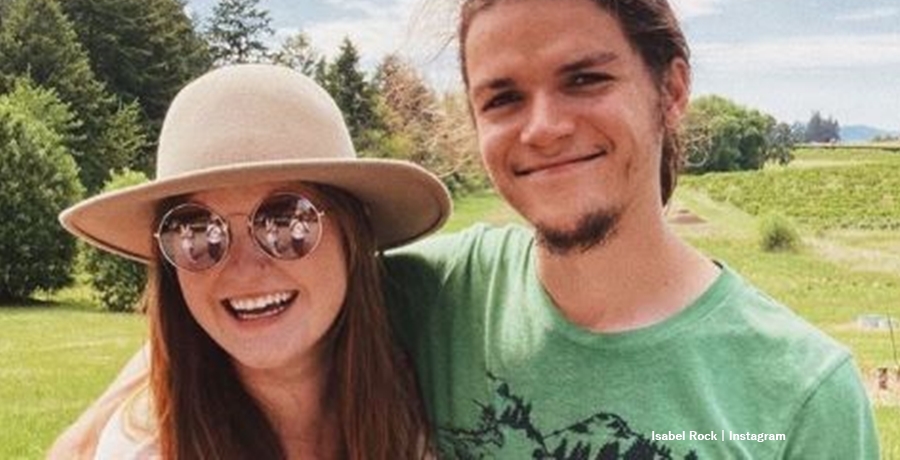 Jacob Roloff’s wife Isabel Rock might be hinting that she fell pregnant. Or possibly, she and her husband plan on a baby soon. If that happens, then no doubt, Grandpa Matt will become extremely happy. Actually, TLC fans noticed that he and Jacob seem to bond rather closely these days. Certainly, Little People, Big World fans who like Jacob would also be thrilled if rumors come true.

Little People, Big World fans like Isabel as she seems very positive these days. Sometimes she writes about her family and how she learned to regret the passing of time and holding grudges. Actually, she smiles a lot and she and her husband seem very happy together. Interestingly, several times recently, Matt spoke about Jacob possibly farming. When he spoke with Alec Lace on First Class Fatherhood, he leaked that he’d like all his kids involved in the business of the farm. He also mentioned that Jacob shows a lot of interest in agriculture these days.

‘LPBW:’ Matt Roloff Says His Kids Can Only Have The Farm If They Share It

Jacob Roloff’s wife Isabel might want to move onto the farm. This weekend, Matt shared that he enjoyed a lot of time with the grandchildren and he and Jacob did some work on the seedbeds. Fans know that Jacob Roloff’s wife Isabel mentioned in the past that she liked the idea of raising kids on a farm. With Jacob and Matt featuring in posts on Instagram, some fans wonder if they might move or already moved there. Recall, they previously moved to Bend. Fans also know that Isabel really adores Jackson and with Audrey and Tori birthing babies, maybe she feels the time for her own kids draws near.

Why do fans think another grandchild comes for Matt?

TV Season Spoilers noticed that Jacob Roloff’s wife Isabel posted up some interesting stories on Instagram. They featured moms and babies. The outlet noticed that there seems no context to at least three of them that they saw. It just strikes fans as odd that she randomly posted pictures of moms with young kids. Many LPBW fans think that Jacob might make a wonderful father. After all, he seems very good with Jackson. Certainly, if Isabel’s pregnant then Matt Roloff will probably burst with joy.

LPBW Fans know that Jacob Roloff’s wife Isabel seems very welcome in Matt’s family. At least, from his side. He always seems to mention when they pop in for a visit. Amy also mentioned how special those unexpected visits are.  If Isabel Rock fell pregnant already, that would mean a fifth grandchild for the two grandparents. Matt just cannot get enough of being a grandpa. One thing that TLC fans should know, however. is that they probably won’t see the birth on the show. Jacob is very down on reality TV and he called it voyeurism. Plus, his accusation of molestation by a producer also highlights why he feels so against it.

What are your thoughts about the possibility that Matt’s son and daughter-in-law might become more involved in the farm and that they possibly expect a child? Sound off your thoughts in the comments below.

Remember to check back with us often for news, rumors, and updates about Jacob Roloff’s wife Isabel.