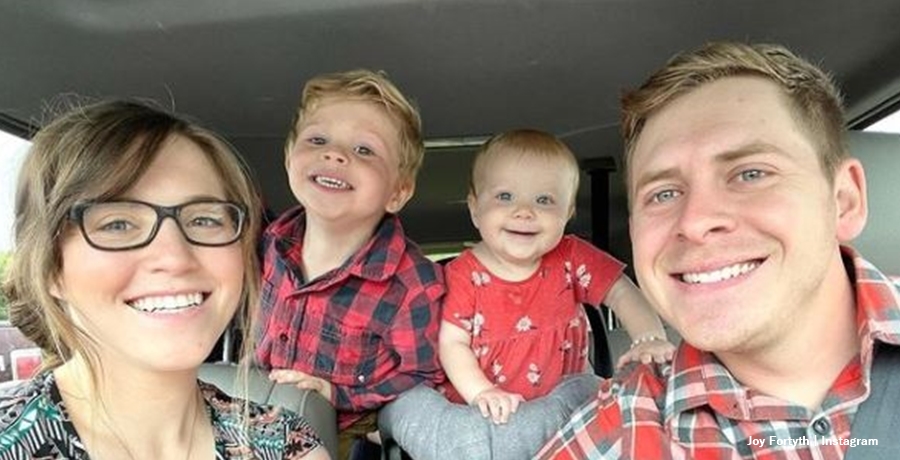 Joy Forsyth’s son Gideon arrived and his parents clearly adore him. After some time and a tragic miscarriage though, he finally became a big brother. Now he has a sibling, TLC fans see lots of photos and clips of both the children. However, a short video that his mom shared on Instagram this week revealed he looked terrified a short time after his mom promised him an “exciting” time.

Before baby Evelyn arrived, Counting On fans know that Austin and Joy-Anna Duggar made certain their son knew he would still be important to his parents. We reported that “In preparation for the baby’s arrival,” Joy took her son on a special date. Naturally, she hoped he always knows that his parents love him despite a little sister in his life. Together, they enjoyed ice cream. Then later, she took him shopping for a toy. Certainly, he seemed very happy with the outing. At the time, she talked about the adjustment in his life but felt fairly confident that he’d end up a good brother.

See How Joy Duggar Is Spending Time With Gideon Before Baby No. 2’s Arrival

Joy Forsyth’s son Gideon is now well into being a brother as his sister Evelyn soon turns 10 months old. Recent milestones include cutting some teeth. Actually, when her mom shared about the milestone, fans seemed very happy. After all, she could just stay off social media given the arrest of her own big brother, Josh Duggar. This week, when she shared about the outing that terrified Gideon, she also revealed Evelyn in her little car seat. Actually, her big brother took it a lot more badly than the baby did.

Excitement turns to terror at the car wash

Posting up a video on Instagram, it revealed that Joy Forsyth’s son Gideon and Evelyn experienced their first time going through a car wash. Perhaps Evelyn had no idea of what was happening as she looked up at the roof of the car. However, Gideon seemed well aware of everything. His mom told him they were going through the carwash and asked him if he felt excited. The little TLC star laughed and gave a thumbs-up. However, as they moved through the octopus and the dryer his face changed to shock and then fear. Into his mouth went his thumb to comfort himself.

When asked if Joy Forsyth’s son Gideon thought it was fun and exciting, he shook his head and said, “no.” Well, one check on Google and you’ll find loads of kids terrified the first time they experienced a car wash. Mind you, Gideon didn’t experience one as terrifying as one kid did in Houston, Texas. Yahoo reported a few years ago, that two car wash attendants “dressed as Michael Myers from Halloween and Twisty from American Horror Story.” It trended on Facebook and many people felt sorry for the terrified kid stuck inside the car.

Do you remember your first experience going through a car wash? Or, did your kids also turn from excitement to terror during the process? Sound off in the comments below.

Remember to check back with us often for more news about Joy Forsyth’s son Gideon from TLC’s Counting On.