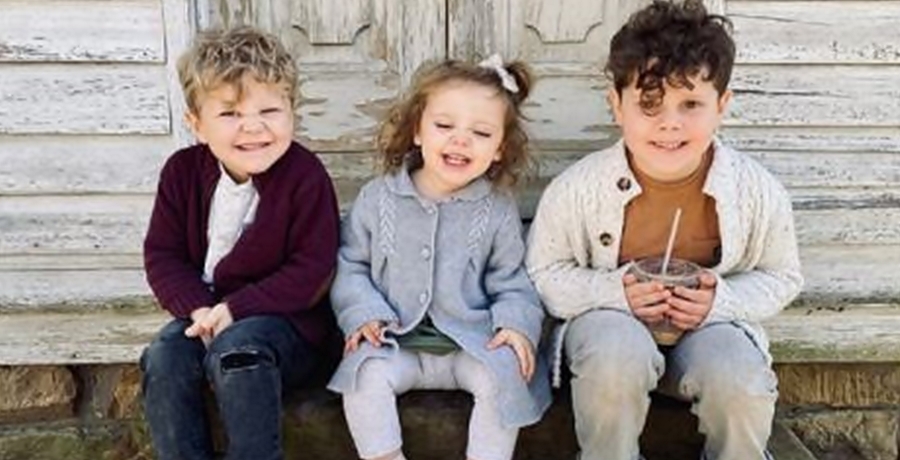 Counting On fans know that Ivy Seewald seems very cute and precious. Actually, TLC fans see many photos and video clips of the cute little girl. The only daughter in Ben and Jessa’s family, soon, she will become a big sister. This week, she got into her mom’s makeup and surprised her mom. Sharing about it on YouTube, Jessa wrote, “the first thing she said when I opened the door was “Mommy, I’m so pretty!”

Counting On starlet Ivy Seewald seems like an adorable child

Jessa Seewald’s daughter Ivy often brings the very cutest of cuteness scenes to her mom’s Instagram and YouTube. Of course, she still shared things about her boys, Spurgeon and Henry as well. However, when she played at being a mom and rocked her baby doll to sleep, Ivy stole the hearts of TLC fans. Additionally, she sang all the words of a lullaby and fans agreed that she has some really good singing talent.

Counting On fans see so many photos of Ivy Seewald that it’s hard to find a favorite. However, one batch that caught their eyes revealed her huge eyes when she wakes up from a nap. Other photos that came out revealed her looking at her new dress with amazement and satisfaction. InTouch Weekly notes that the Duggar family members adore the child and as she’s way cute, that’s no huge surprise.

Makeup surprise for her mom

On June 9, Counting On fans got a treat from Jessa when her mom shared that Ivy Seewald applied her own makeup. She posted it up on YouTube and racked up 1.6k likes in a short time. In the video, Jessa discovered her daughter applying makeup and she smeared her eyebrows completely black. She told Ivy, “you’re not allowed to get into my things without asking.” However, the little girl seemed unrepentant. Then she told her that she should first “ask mommy” before she takes things.

The Counting On mom told Ivy Seewald to look in the mirror and asked her what she thought of the makeup. Actually, she looked speechless and rather shocked. One fan commented, “Oh my goodness, her eyes almost popped out of her head when she saw herself, so adorable.”

Another TLC fan wrote, “Lol this has got to be my favorite makeup tutorial on YouTube 😂 her face when she saw her masterpiece was priceless 😂😂😂.” Other people also said it’s the “best makeup tutorial” they ever saw.

What are your thoughts on cute Ivy Jane applying her own makeup? Sound off in the comments below.

Remember to check back with us often for more news about TLC’s Counting On and Ivy Seewald.