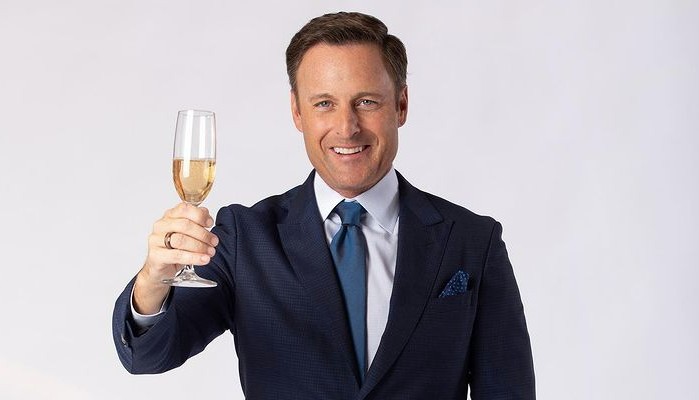 Fans have been anxiously awaiting to hear the happy news that Chris Harrison would return to hosting The Bachelor. Instead, the morning following Katie Thurston’s Bachelorette premiere, fans learn Chris will not return. News broke recently that a permanent replacement was being sought for Chris. Most believed it to be a rumor until now. Even when news outlets reported his exit Tuesday morning, many fans held out hope it wasn’t true. Now, Chris just confirmed the news himself.

Chris Harrison went to Instagram Tuesday to confirm the news he will not return to The Bachelor. He shared a photo of him hosting what appears to After the Final Rose. He said, “I’ve had a truly incredible run as host of The Bachelor franchise and now I’m excited to start a new chapter. I’m so grateful to Bachelor Nation for all of the memories we’ve made together. While my two-decade journey is wrapping up, the friendships I’ve made will last a lifetime.”

Many Bachelor alums commented instantly. Graham Bunn said, “Can’t wait to see what you do next brother.” JP Rosenbaum said he loved him. Kelley Flanagan said, “You will be missed Chris!” Finally, JoJo Fletcher said, “Love you my friend.” 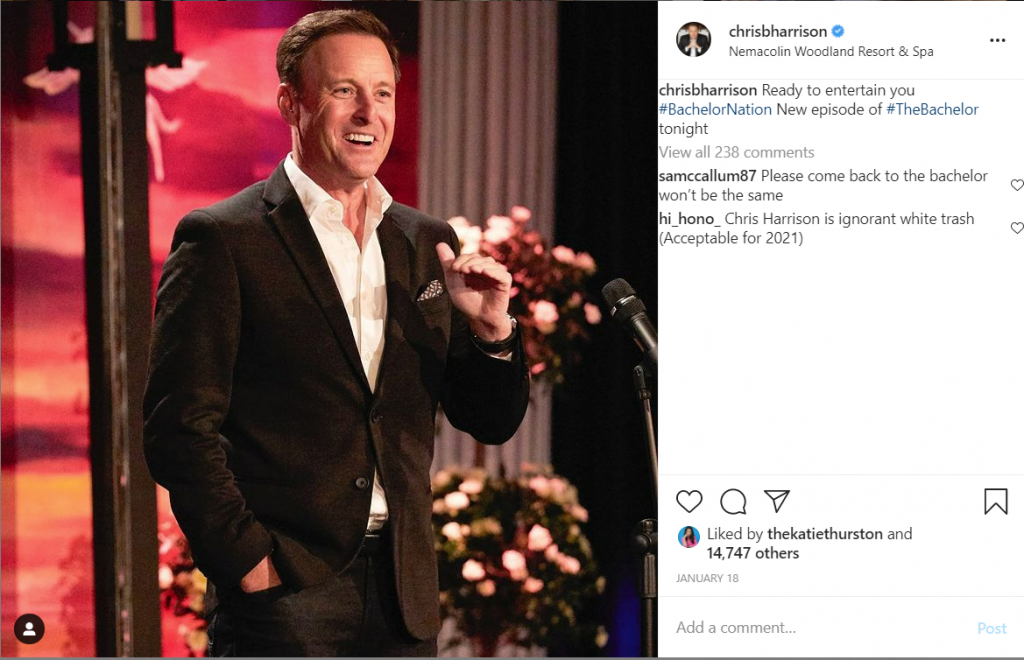 Why is he leaving?

As noted earlier today, Chris will reportedly receive a mid-range eight-figure payoff and he must promise to keep his mouth shut. The fallout comes after earlier this year Chris defended Rachael Kirkconnell for her past racist actions. This of course backfired and blew up. Chris then also became targeted for racism. He was doing an interview with Rachel Lindsay at the time the scandal broke loose.

Following the interview, Chris stepped aside from hosting Katie Thurston’s season of The Bachelorette. Kaitlyn Bristowe and Tayshia Adams stepped in as replacements. As for Bachelor in Paradise, David Spade, Wells Adams and Sarah Hyland are stepping in as revolving hosts. 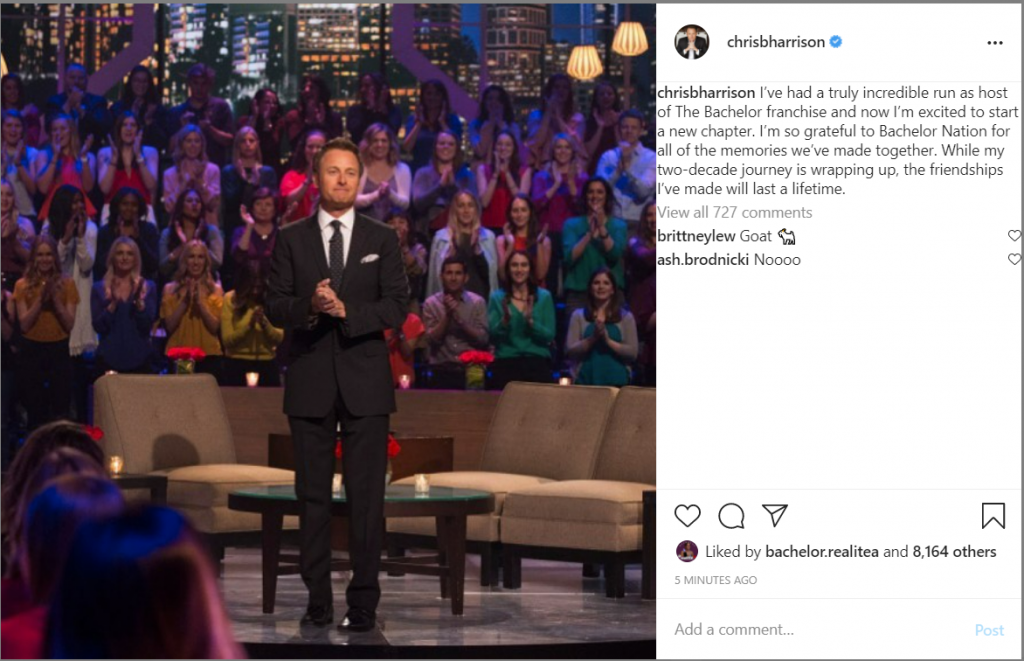 So far there is no word on who the possible contenders could be for his permanent replacement. Word going through the grapevine is that they are looking for a diverse host for the franchise. With Chris gone, who would you like to see take over as host?

Plus, it’s interesting to note that as of now The Bachelor has not been renewed for the 2022 season. Will this be the end of the franchise? Most believe it won’t be and are patiently awaiting news of the renewal.

As for Chris, most are shocked by this news. What do you think about Chris leaving for good?