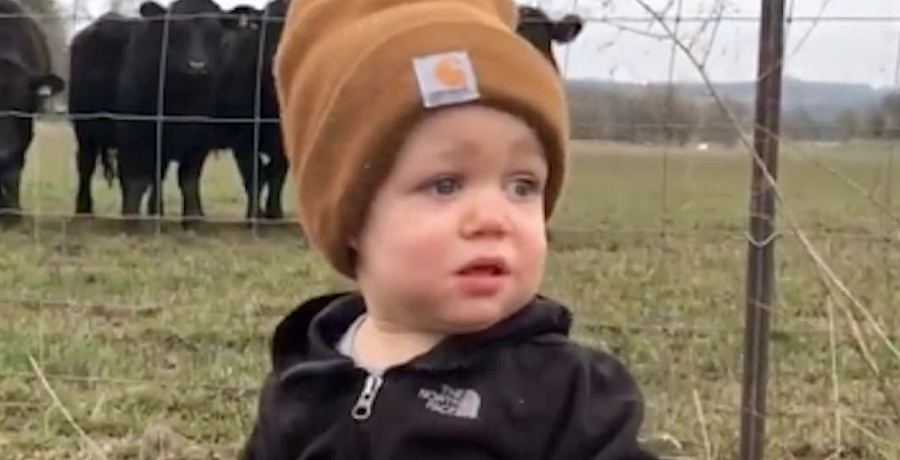 Jackson Roloff, the son of Zach and Tori on TLC’s Little People, Big World, spends a lot of time in a rural area. So, it’s not unusual to see him taking an interest in animals. However, a lot of people slammed his parents as he now keeps an animal in captivity. Possibly, not for long, and some fans argue that it might be educational. However, the unstoppable criticism rolled in.

Fans might recall that last year, Tori’s son fell deeply in love with a chicken. Actually, similar to the Busby kids, he often picked it up and loved the bird. Possibly everyone with small kids who visited an aquarium, a zoo, or a petting farm knows how much little kids enjoy animals. Actually, people, who own pets that range from spiders, snakes, iguanas, cats, rats, and dogs all seem fascinated by animals. However, Zach took a lot of heat when he shared the new animal in his son’s life this weekend.

When Zach revealed a photo of Jackson Roloff peering intently into a glass box, fans erupted. However, some fans noted that Tori was a teacher. Possibly, she lets her son keep it for a few days before they let it go. Perhaps, she feels it’s educational. If you wonder what caused all the fuss, well, it turns out it’s a frog or a toad. In the glass box, the Little People, Big Word stars placed what looks like a cricket for it to eat. There’s a rocky perch and some vegetation inside.

Some fans critical of Jackson Roloff keeping a frog in a box demanded that his parents set the animal free. One of them talked about its “mate” and “babies” missing it. Actually, that’s a good thought. However, most frogs don’t behave monogamously and most of them don’t bother with offspring once they lay their eggs. However, the nurturing comment shows the fan cares deeply about animals. Another fan commented, “Put it back where it belongs, you can’t care for it in a glass box as good as it can care for itself in its own habitat.”

Well, as the mom and dad of Jackson Roloff probably just keep it for a few days, some fans cautioned those who became so angry. Meanwhile, others talked about how they grew up catching and later releasing frogs. One fan felt that people were being unreasonable. They commented, “If a person goes to a pet store and buys a pet frog, it’s okay but when a person catches a frog, they are judged on putting it back.”

What are your thoughts on the frog being kept in a glass box? Do you think it’s terribly cruel? Or do you think that soon, Tori and Zach release it back where they found it? Sound off your thoughts in the comments below.

Remember to check back with us often for more news about Jackson Roloff, the son of Tori and Zach on TLC’s Little People, Big World.