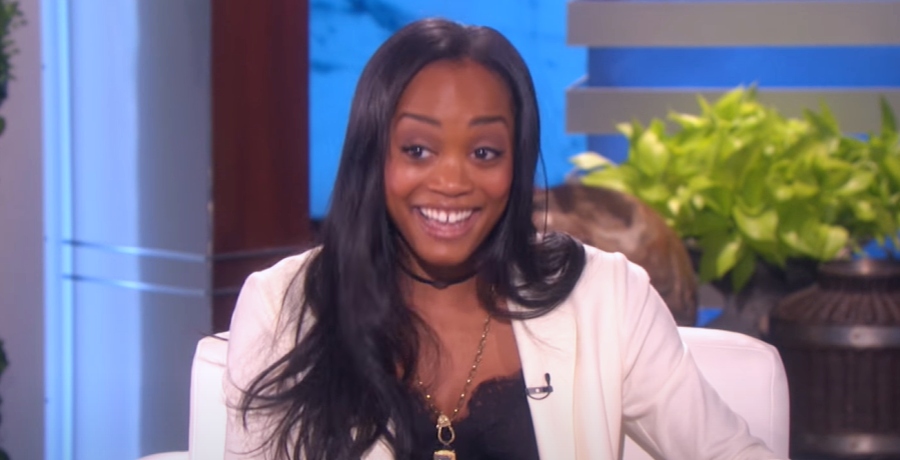 Rachel Lindsay may be moving on, but she’s still thinking about Chris Harrison. At this point, as fans gear up for Katie’s season, the question of hosts comes to mind. Tayshia and Kaitlyn have been there for this season, but what about Paradise.

Other fans have requested Wells Adams or Nick Viall be the new host of all the shows. Chris’s fate still hangs in the balance. Fans now know he won’t host BIP for sure. During an appearance on The View, they discussed Rachel’s reputation and how Chris had something to do with that. Rachel has stepped away from the franchise and is pursuing her own business opportunities.

What Did Rachel Lindsay Say On The Show?

Rachel Lindsay listened to the women discuss the fight between Eboni Williams and Luann de Lesseps on The Real Housewives of New York City. They discussed how Williams said Eboni was “labeled angry” by her castmates. According to US Weekly, Rachel said she related to that. Over the past year a lot has happened with Rachel and her relationship with the franchise.

An interview with Chris is what led the long-time host to take a step back. He came under fire after supporting Rachael Kirkconnell’s controversial actions. While the both sides have a lot of support, Chris said he was going to take time to work on himself. Lindsay said, “Sadly I relate both in real life and when I was on the show.” Rachel shared her runner-up sat on the stage with her and said she would “live a mediocre life if I didn’t choose him.”

She said her response was, “I’m living my best life.” She had made the best decision for her life. That was the truth of course, because she did end up with and happily married to Bryan Abasolo.

Chris Harrison Talked To Her After The Break

Rachel Lindsay said the two were at an impasse so Chris Harrison got involved after the break. He told her she seemed angry. At no time did she feel like she’d been aggressive. She simply responded to someone not being nice to her in front of the world. The runner-up, Peter Kraus, said he felt attacked. Despite, her not attacking him, she said the angry label followed her from then own.

Eboni addressing what happened to her on RHONY allowed the discussion to be opened. Rachel said it is important to acknowledge micro-aggressions towards POC reality stars. She said not only acknowledging them but continuing to keep the discussion open. Rachel said words can have a lasting effect. She said, “I have been labeled an angry black female in Bachelor Nation. It follows me around to this day.” What do you think of Rachel’s interview on The View? Comment with your thoughts down below.