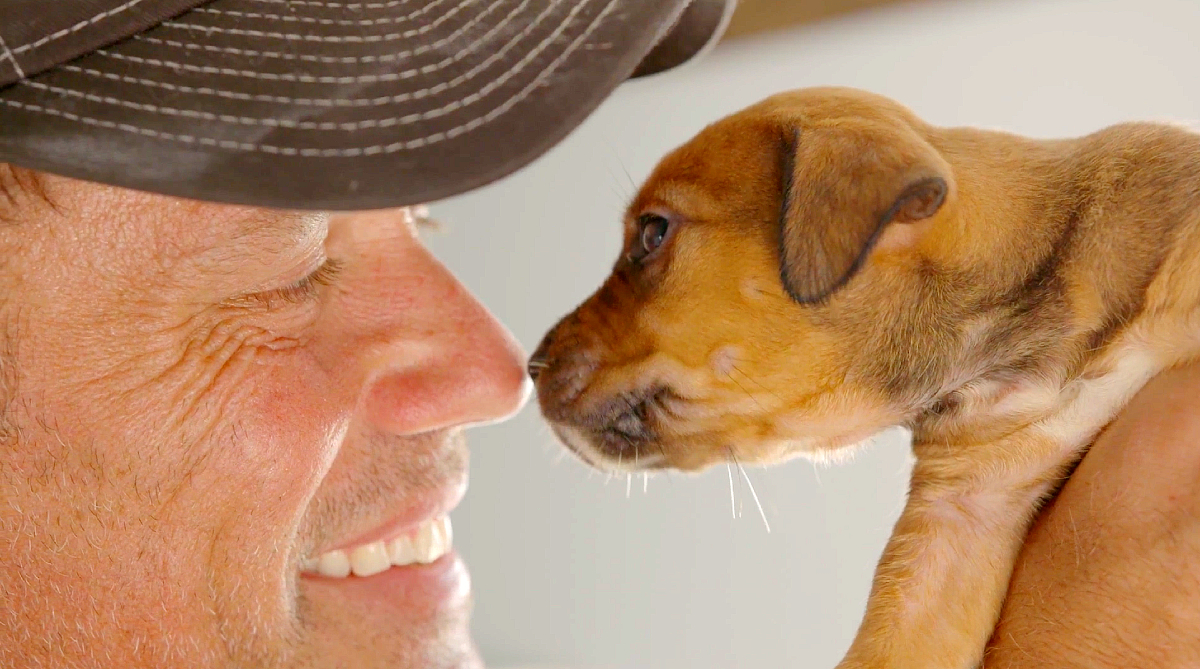 CuriosityStream, created by the genius who made Discovery Channel, John Hendricks, is all about the feel-good fuzzy stories along with the educational and wow-factor series they have in the content vaults. The new series Doug to the Rescue will charm you off the bat.

Star and host Doug Thron is a handsome guy and looks like he could be an actor.

He had a high falutin’ job videotaping (by drone) rich people’s homes. But, he felt unfulfilled and decided there was more to life than helping a real estate agent seal a deal.

What he wound up doing is beyond anyone’s imagination as he saves animals all over the planet.

What is Doug To The Rescue about?

Doug To The Rescue is produced by Lone Wolf Media, a leading award-winning premium factual content company. Along with Doug Thron, the star of the show, we get to travel with him on his meaningful rescue journeys all over the world.

Cameras now follow former commercial drone camera operator Doug as he goes to hard-hit areas ravaged by natural disasters. He looks for the things that usually get left behind, like pets and wildlife.

Doug tries to go out there with the amazing technology that he’s developed and perfected, namely his drone, and locate these animals and join them together with their rightful owners or rescue them if that’s the case.

In keeping with the ethos of CuriosityStream, it is both entertaining and educational.

From the front lines of the Australian bushfires to coastal towns leveled by hurricanes, Thron uses next-gen technology outfitted specifically for his unique mission to rescue wildlife stranded in the aftermath of a natural disaster.

Thron says: “There always seems to be a natural disaster ravaging some part of the world. The potential for drones to help rescue animals in those situations, whether wild or domestic and help in their recovery is unlimited. The emotion when victims of a tragedy get their animals back is incredibly moving. It gives people a sense of hope to carry on after something so devastating. I’m enormously grateful to be a part of that.”

Nothing is easy in the aftermath of a natural disaster. There’s often no power, no cell phones and few public services. People are displaced, often separated from their loved ones with no easy way to make contact. When resources are scarce and too many people are in need, what happens to the animals, both wild and domestic, that are stranded or left behind?

Thron is a seasoned videographer who says: “I’ve been flying drones ever since they first came out. I was one of the
top cinematographers for filming real estate.”

As an aerial cinematographer, Thron has been shooting professionally for 27 years. He’s one of the most widely-published aerial photographers in the country.

After using his drones to film the devastation left in the wake of the “Camp Fires” in Paradise, CA, Doug helped rescue lost pets from the burn zone and reunite them with their owners. But, he adds:  “I was just like you know what, I’m not really fulfilled doing this stuff.
My passion is environmental activism. I’m using the drone to rescue animals.”

Driven by his commitment to the environment and his life-long love of animals, Doug now travels around the globe, anywhere his unique talents and technology can help as communities deal with the devastation left behind in a natural disaster.

He says: “I have to fight for the animals and fight for the wilderness.”  With rescue work comes to the inevitable parting of ways, and he shared it was hard to give up the animals at times. “It is hard not to fall in love with them and want to take them home with you and
give them a proper happy place to be. Witnessing the people when they get their animals back gives you an incredible feeling to be
a part of something like that.”

TV Shows Ace picks Doug To The Rescue as your weekend discovery on TV, as this heartwarming animal rescue docuseries that follows aerial pilot, animal activist Doug Thron around the world is family-friendly and enlightening.

All 6-parts of the docuseries will stream starting on June 10th on CuriosityStream, the streamer service launched by Discovery founder John Hendricks.