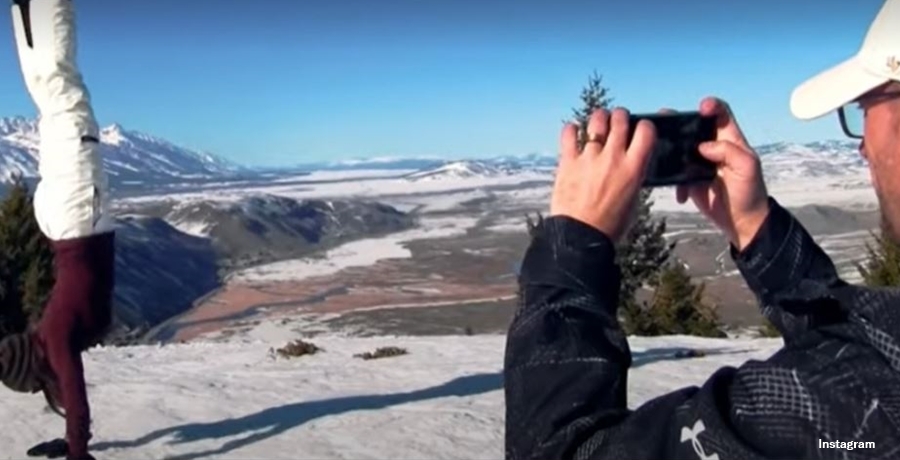 The Busby daughters take after their mom Danielle a lot and that’s no huge surprise really. After all, most kids grow up massively influenced by their parents. Much like “Monkey See, Monkey Do,” children adopt lots of habits from living in a family. However, the OutDaughtered mom seems delighted that they follow her athletic abilities. Perhaps they learned something from her that passes on down through more generations to come.

TLC fans know that Adam’s wife just seems totally into fitness. After all, she and her sisters run their Cadi-FITNESS business. They know she works out a lot. Well, she did, until she experienced a suspected heart condition that fans saw in Season 8 of the show. Slim and tall, she also enjoys doing handstands. In fact, she tries it everywhere and sets personal challenges. Once, fans saw her do one on a surfboard in the water. In fact, she even did one on the edge of a cliff. So yes, you guessed it, the girls also do handstands.

Okay, So Danielle Busby Just Did Her Thing On A Cliff Edge

The Busby daughters see their mom attempt a handstand in some rather improbable places. Once, she even performed a flawless one in a cave in a cavern underground. Maybe she reaches for a Guinness Book record of weird places to do them. Well, so far fans never saw the OutDaughtered kids do extreme ones. However, in time, they might all attempt something like their mom. For now, it looks like they practice the easy way. Did you know that handstands are actually good for you?

Fit And Me notes that nine benefits come from handstands, including taking on a challenge. The Busby daughters, like their mom, will learn an “isometric exercise.” Apparently, “isometric exercises involve static training, or in other words pushing against an object that doesn’t move.” It’s not easy to get as good as Danielle. The website also notes that they “engage your core” and “strengthen your upper body” among other things. handstands also help people reduce their stress which increases their feelings of well-being.

So probably, that’s why Danielle’s delighted that the Busby daughters copy her. At the moment, they visit Splashway Water Park during their summer break.  There, she said that they practice them in the wave pool! She said that she “loves” seeing them do it. Whose legs are those in her photo below? Long and slim, perhaps Blayke follows her mom’s athletic ability.

What do you think of the OutDaughtered kids trying out those handstands? Do you think the tradition stays in the family for generations to come? Sound off in the comments below.

Remember to check back with us often for more news and anecdotes about the Busby daughters on TLC’s OutDaughtered.