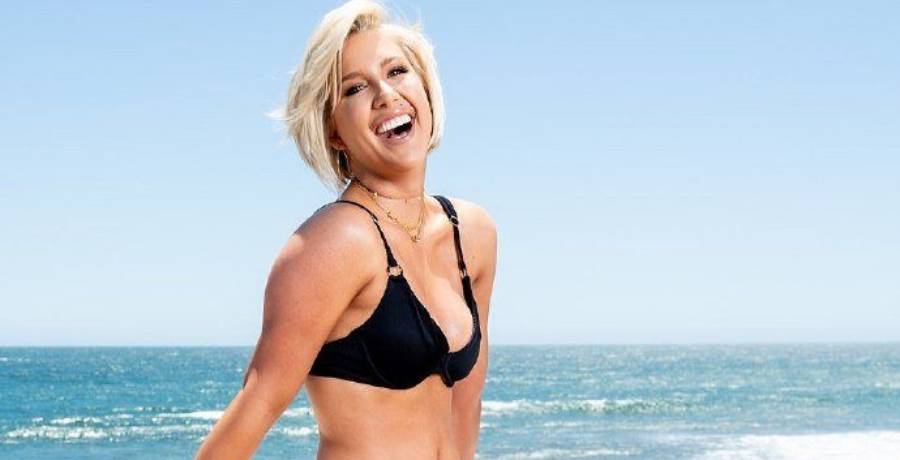 Savannah Chrisley showed off her incredible bikini body. The Chrisley Knows Best star made waves just in time for the Memorial Day weekend. As TV Shows Ace previously reported, Savannah spread her bare legs on the boat deck. She soaked up the sun as she looked out to the beautiful blue ocean in front of her.

Then she showed her followers how to get a beach body. The Sassy by Savannah Cosmetics founder shared a body-positive message on Instagram. Now, fans can’t stop buzzing about Savannah’s bikini body. She showed it off while wearing a mint green ensemble that left little to the imagination.

Friends who bikini together, stay together

On Sunday, May 31, Savannah Chrisley rang in Memorial Day with a hot bikini photo. She took one alongside her friend of eight years. Savannah showed off her incredible body in a mint green bikini. The blonde reality star paired her look with gold jewelry, an ankle bracelet, and reflective shades.

“Friends from 16 to almost 24!” Savannah captioned the post. “Wouldn’t trade you for the world @marycarlisle ❤️ love our adventures!”

Meanwhile, Mary wore a black bikini top with an animal print sarong. She paired her look with black sunglasses and a tan hat. Both women looked incredible in their bathing suits. While Savannah and Mary were already super-tanned, they were glowing from their boat trip.

Over 39,000 people liked Savannah’s post. Most fans left a series of fire emojis or red hearts. They were simply speechless over Savannah’s hot bikini body. Others commented that both ladies looked good.

Mary didn’t share a photo of the two together on Instagram. However, she has many bikini photos of her own. Clearly, these lifelong friends love to show off their sexy physiques. Of course, they get along since they love to wear bikinis together.

In summer 2020, Savannah Chrisley announced that she’s the brand ambassador for the South Beach Diet. She credited the plan for her banging beach body. However, she hasn’t mentioned it in some time. It might be because Savannah was met with backlash on social media for promoting the diet.

Some credits bashed her for promoting a fad diet. Others argued that Savannah gets help from more than just the South Beach Diet. Nonetheless, Savannah continues to share her workouts on social media. Just a few days ago, she revealed on Instagram that she went for a run.

Ahead of Memorial Day, Savannah posted a car selfie that showed her wearing a gray sports bra. Suddenly, the trolls came out to play. One accused her of having too much plastic surgery. Another told the USA Network star to put down the Botox.

Savannah remains unbothered by the comments since she doesn’t respond to them. What are your thoughts on her bikini photo? Sound off below in the comments.