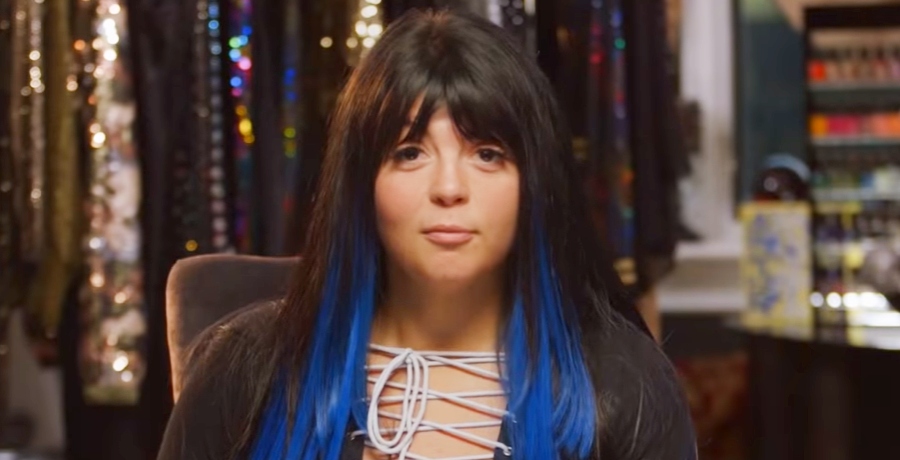 Lexi Martone from Unpolished had help moving into the new house she just bought. As we reported Lexi was able to buy her own house because she charges a pretty penny for her nail designs. Along with that, she has endorsements, a reality show, and her beauty line with her family. Plus, there are rumors of a wine line coming out, as well.

She shared a picture next to the College Hunks truck and captioned it, “it’s raining hunks.” This is an amazing call back to when they helped move Bria and Foxy Grandma came over to see the hunks. She brought them lunch. One person commented on the post, “I’m surprised they agreed after moving Bria’s clothes.” Lexi clearly enjoyed posing for pictures with each of the hunks.

Unpolished Lexi Martone Is Ready To Be All Moved In

One of the guys commented, “glad we were able to assist you today. It was so great meeting you and your family.” They probably got a lot of good publicity from this. She matched her outfit to their sweatshirts and someone asked her if she did it on purpose. She said, “of course.”

It was raining so Lexi was accessorized with a black umbrella. She said she had the outfit made for the move especially. There was also a video of the men moving a couch and Lexi, Jennifer, and others are yelling, “pivot,” over and over. It’s a line from Friends when Ross, Rachel, and Chandler are trying to move a couch.  She shared the only thing in her freezer, a big bottle of Vodka. Lexi said she’d been finding a lot of things she didn’t know she had. She showed off one of her house warming presents which was a large ax made with a baseball bat.

One Fan Came For Her In The Comments

While most of the fans were thrilled for her and her new home. One commented on her Instagram, “I felt bad for you working so much last season but I guess that was lies.”

Lexi Martone couldn’t help herself, she hit back. She said, “yep all lies. I just bought a house, because I wasn’t working.” The fan responded to other comments that told her to shut up. She said she wondered how real the show was showing her working 16 hours. She pondered how Lexi had time to relax in her own sink. Lexi said she works and does the show. She said, “when I do the show, don’t sleep for months straight. so now that we’re on a break I can have 5 minutes to myself for my mental sanity.”

If there was any doubt Lexi Martone was single then you need to look no further than her Instagram. She posted a video of her and her bestie trying out her new sink by getting into it. She captioned it, “two single besties working too hard.” One fan said, “love this chaotic but bossy energy.”

Unpolished had two very successful seasons where the family went through a lot. There hasn’t been an announcement whether there is going to be a third season or not. Fans are hopeful. What do you think of the College Hunks? Comment with your thoughts down below.