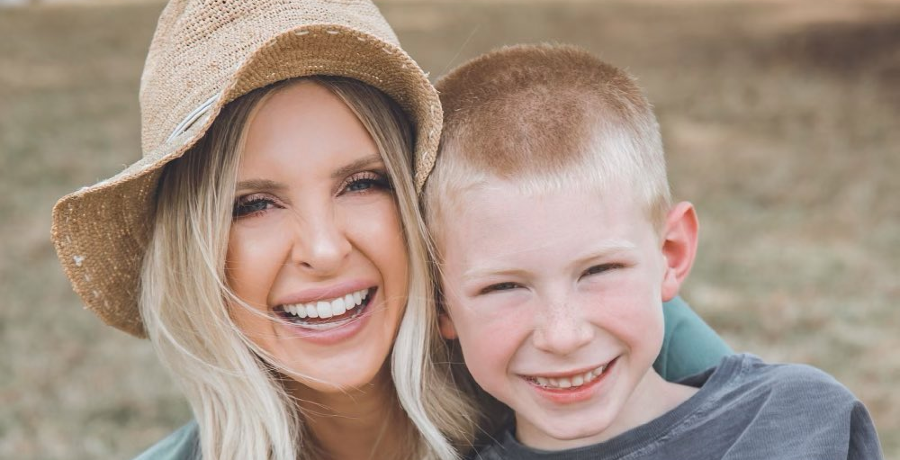 It all started when TikTok user Rosay (@zayywayytv) shared a short clip. He dances and sticks his tongue out. Then he makes a few hand gestures. The caption reads, “Women that come with they own everything so damn disobedient [crying face emoji] bxtch I know you don’t need me but please listen sometimes.” Rosay wrote in the caption, “Listen Linda ☹️ like for like on the Instagram? 💜”

Apparently, he wanted someone’s attention. As for Lindsie, she’s not giving anyone the time of the day. She doesn’t care if that makes her disobedient.

Lindsie Chrisley caught wind of Rosay’s TikTok video. She reposted the video along with the caption, “disobedient” along with the skull emoji. The reality star made it clear that she doesn’t listen to anyone and she lives on her own terms. Lindsie continues to share relatable moments on her Instagram page.

Earlier this week, she previously shared that she had a devastating morning. The television personality said she started her day on the wrong start. That’s because Lindsie didn’t get her signature breakfast, which consists of Chik-fil-A and a Coca-Cola. She was too late to get her breakfast. Talk about a rough start to the day.

Previously, Lindsie had another bad day. She shared that she woke up with a headache and a zit. Some of her followers found this content relatable. Others said that they didn’t care what kind of day Lindsie is having. Being a reality television star, she gets her share of backlash.

Is Lindsie Chrisley dating anyone?

As of 2021, Lindsie Chrisley is currently single. Per CelebsCouples, she was in a complicated married with her ex-husband, Will Campbell. However, she is not seeing anyone. The 31-year-old does not have a boyfriend nor is she dating around.

Lindsie’s dating history is not well-known, and she might keep it to herself if she was seeing someone. She tries to keep her personal life and relationships to herself, even if she shares most of her life on social media. She’s spending the Memorial Day weekend with her son, Jackson, who she shares with Will. Lindsie’s relationship started off rocky when she and Will secretly wed behind their families’ backs in January 2012.

Lindsie and Will’s relationship was tough after their son, Jackson was born in 2013. Since then, they’ve been on-and-off as they live their lives as a family of three. In June 2020, Lindsie teased that she wants to have “future babies” with her ex-husband. Just don’t expect her to be obedient to him.