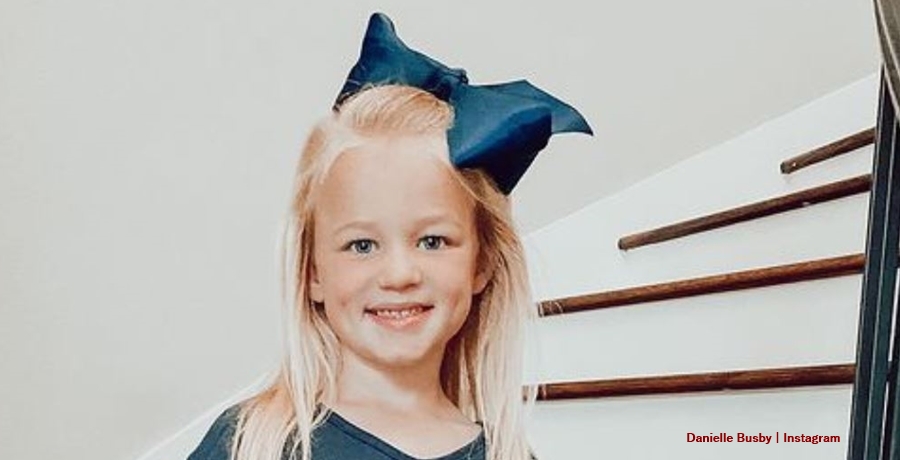 Riley Busby acts too much like a boy, some OutDaughtered fans think. Well, when a comment came in about it on Danielle’s Instagram, fans instantly started to feud over the stereotyping of girls and boys. After all, these days, it doesn’t matter what gender the child is, people accept that people can be whatever they choose to be. Additionally, many people hate that people still believe that only boys have courage, or that only girls enjoy things like dancing.

Some OutDaughtered fans might think that the cute quint seems like a tomboy. However, that doesn’t stop her from wanting a pedicure. We reported that when she earned her allowance, that’s what she definitely opted for. However, it seems that plenty more good checks next to her name on the chart need to come before she affords one. We reported that instead of a truck or something people associate with boys, she chose something that stereotyping folks think girls prefer.

Riley Busby Wants a Pedicure – Can She Afford It?

Riley Busby might sometimes fearlessly act like a boy. However clearly, she’s easily able to identify with her girl-side identity. Recall, she ended up at the hospital for stitches. How did that happen? Well, it turns out she practiced her ballet dancing in the bathroom and slipped. So, for a start, it seems that the OutDaughtered fan who claimed the quint’s a boy in a girl’s body was way out of line, fans agree. Here’s a small sample of reactions this week:

Those reactions came when Danielle captioned a photo of her daughter with, “Act courageous even in uncertain times 🥰.”

The photo that revealed Riley Busby exploring the outdoors also found some fans who loved it. One TLC fan noted, “There’s Riley the fearless, daring, wild child ❤️ and perfect just the way she is. I named our wild child adventurous kitten whose now 2 “Riley Paige” [who is] funny, fearless, and super smart. So know…you have one namesake. 🐈‍⬛”

Actually, Psychology Today notes that Riley Busby, like most other girls, is probably as brave as any boy. In fact,  research on the topic confirms that women are far braver than stereotypes of male courage might lead us to believe. The Busby quint is still a young child, and over the years, no doubt she finds out exactly who she is.

What are your thoughts on girls being active and full of zeal the same way that boys are? Is it true that only boys can show courage? Do you love the way old stereotyping fades away these days? Sound off in the comments below.

Remember to check back with us often for more news about Riley Busby from TLC’s OutDaughtered.