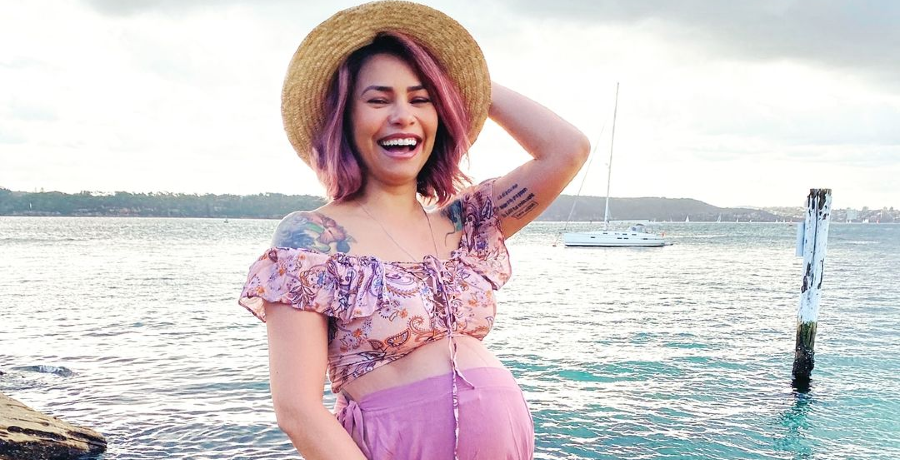 Below Deck Sailing Yacht star Dani Soares gave birth to her baby girl. Back in April, she shocked fans when she announced that she’s pregnant with her first child. Fans quickly assumed that Jean-Luc Cerza-Lanaux is the father. In Season 2, the two hook up on the show and talk about their future together.

Dani makes it clear that she wants children. She even says in the midseason trailer that if she gets pregnant, then it’s “God’s will.” The timing of their romance coincides with the timing of Dani’s pregnancy. While she hasn’t revealed who the father is, fans haven’t stopped wondering if it’s Jean-Luc’s child.

Surprisingly, the Below Deck Sailing Yacht star took to Instagram to share a photo of her baby girl. On Saturday, May 29, Dani captioned the sweet photo: “She is here. She is perfect.” However, she only shared a photo of herself holding her baby girl’s hand. Dani did not share her name or reveal when her baby was born. The former yachtie made it clear that she’s doing this on her own.

“And we are trying to figure this thing out,” Dani wrote. “We both healthy and happy. Thank you for all the support. Will post more once mummy had some rest.”

Dani kept most of the details of her pregnancy to herself. As you can see in the photo, her little bundle of joy wore a pink onesie. Dani’s fellow co-stars shared their excitement as they took to the comments section.

Below Deck alum, Izzy Wouters added, “Can’t wait to meet her! So proud of you.” Fellow Below Deck Sailing Yacht star Sydney Zaruba chimed in, “Congrats mama!!!” Dani received a lot of support from fellow television personalities and Bravo stars. She also received an overwhelming amount of support when she announced her pregnancy news in April.

Just a few weeks ago, Dani announced that she was having a baby girl. On Wednesday, May 12, she posted a casual selfie as she revealed that she’s “looking forward to having my little girl and developing that mother and daughter relationship.” Last month, she shocked Below Deck Sailing Yacht fans when she announced she was pregnant. At the time, she shared a mirror selfie featuring her baby bump along with the caption, “It’s just you and I little baby.”

She followed up with another selfie, this time thanking fans and followers for their support. Dani continues to rely on the strength of her Below Deck family as she navigates this new life with her little girl. We here at TV Shows Ace congratulate Dani on the birth of her beautiful baby.