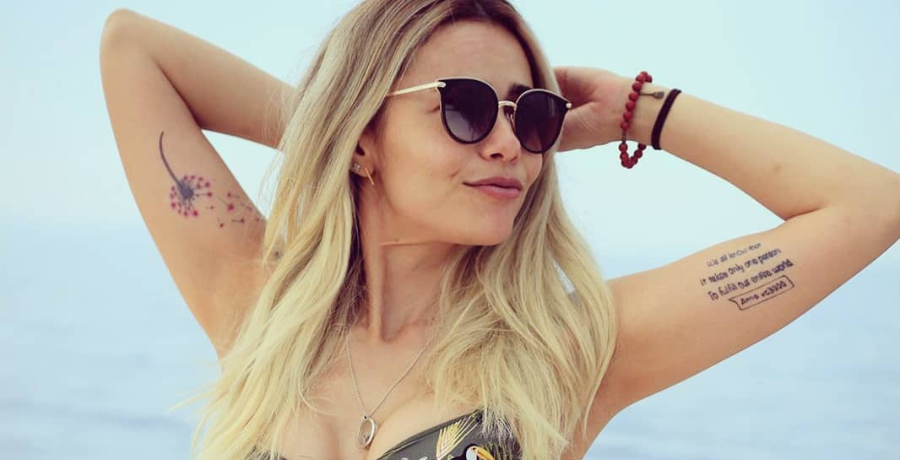 Below Deck Sailing Yacht star Dani Soares teased her pregnancy due date. The former yachtie has kept quiet about her pregnancy. Back in April, she shocked fans when she announced that she’s expecting her first child. Since then, she has kept most of the details surrounding her pregnancy a secret.

A fan leaked a photo of a pregnant Dani Soares at work at the hospital, which led her to share the news on social media. Thankfully, she has been met with support. Of course, there are questions surrounding her pregnancy, including the paternity and timing of events. Dani’s relationship with Jean-Luc continues to steam up on Season 2 of the series, leading fans to do the math themselves.

Dani Soares shares her due date, sort of

The Below Deck Sailing Yacht star said that her due date is coming soon. She’s looking forward to meeting her little girl. On Monday, May 17, Dani posted a new selfie on Instagram. She revealed how she’s doing as she’s approaching the “final weeks” of her pregnancy. Like most first-time moms, Dani is experiencing symptoms and difficulties.

“Another selfie because… why not?” Dani captioned the post. “Also, final weeks of pregnancy ain’t easy y’all!”

This might be the most challenging time of her pregnancy. Despite her challenges, she looks stunning in the photo. Once again, Dani shows off her new hairstyle, which she curled at the ends. She also wears a black tank top that features two black bra straps peeking out, which read “BONDS.”

Dani finished off her look with pink lipstick. She gives the camera a smile as she looks over her tattooed shoulder. Fans and Below Deck crew mates shared their love for the mom on her latest Instagram post. Captain Glenn Shephard wrote, “gorgeous.” Alli Dore complimented her fellow stew by adding, “Still dying at how good your hair looks!”

Did Below Deck Sailing Yacht producers reveal when she got pregnant?

Below Deck executive producer Courtland Cox spoke to Vanity Fair’s Julie Miller about the dramatic episode on Monday night (May 17). Not only was there a boat crash, but there were also difficult guests and an STD scare. It was the first in Below Deck Sailing Yacht history. In the lengthy interview, Courtland revealed when Dani revealed her pregnancy news.

Producers learned of Dani’s pregnancy in “the postproduction process,” according to Courtland. Dani brought it to their attention immediately and wanted to let them know. However, she didn’t share any details about the pregnancy.

“I left that up to her and how much information she wanted to give us. My first reaction was, ‘That’s fantastic. Congratulations,'” Courtland explained. “Because she made it clear throughout the season that she wanted a family. The rest of that is for Dani to figure out.”

As for chief stew, Daisy Kelliher, she didn’t want to appear nosy. In a separate interview with Vanity Fair’s contributor, she said that she didn’t ask Dani for details. Instead, she respected her privacy about it. The two have only “spoken a little about it.” Fans have a feeling that Dani is pregnant with Jean-Luc’s baby since they filmed together in summer 2020, which coincides with the timing of events.

Chase Chrisley Shuts Down Todd, Gets Good Qualities From Julie
Scott Disick Is No Longer Keeping Up With Any Of The Kardashians
Netflix Movie ‘The Killer’ With Michael Fassbender: What We Know So Far
‘Welcome To Plathville’ Preview: Micah Gives Dating Apps A Chance
‘Teen Mom’ Maci Bookout Called ‘Distasteful’