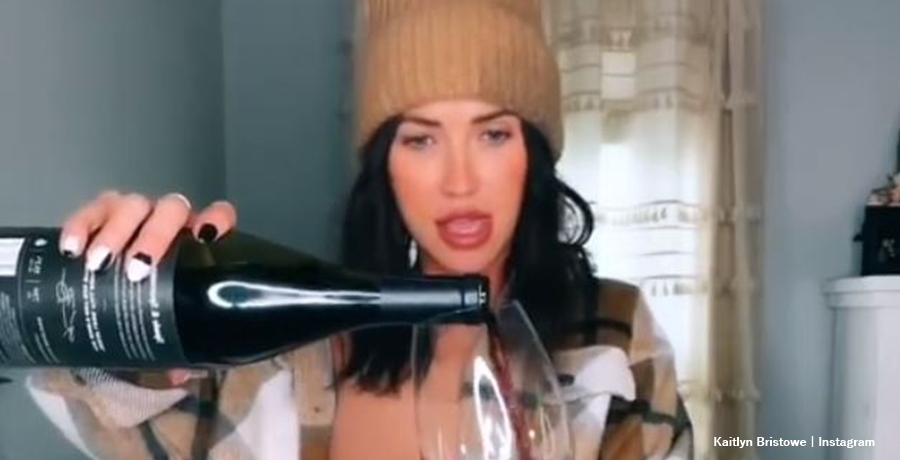 Kaitlyn Bristowe runs her online wine store, Spade & Sparrows. This weekend, she shared a new promo for it that really looked hilarious. The ABC star becomes even more popular as she and Jason Tartick recently became engaged. Plus, she seemed in a very good place in 2020. Recall, she released her song If I’m Being Honest. Next, the Bachelorette star won the Mirror Ball Trophy in Dancing with the Stars. Obviously, being engaged put a smile on her face and she just made so many people laugh.

Kaitlyn Bristowe met mom and ordered wine, but not her Spade & Sparrows brand

We reported that after the news came out that she and Jason Tartick became engaged, the Bachelorette star caught up with her mom in Mexico. Well, her mom burst into tears when she saw them at the airport. After all, it’s been a long time since they saw each other. They all went out for a meal and the first thing she did was order some wine. However, it looked like she couldn’t order her own brand. Still, that probably didn’t put her off for one second as she went for a bottle of good French wine.

In December last year, Kaitlyn Bristowe launched a new Cabernet Sauvignon for her successful wine brand, Spade & Sparrows. Often amusing, she once again made fans laugh as she posted a clip of her drinking out a giant glass of wine. She said CABS ARE HERE!!!!” Plus, she added, “My new DELISH cab sauv that dropped today. Ugh. It’s so good. And The bottle is new and oh so chic.” However, in her latest promo for her store, she really seemed hilarious, Bachelorette fans thought.

Taking to her Instagram on Sunday, May 23, Kaitlyn Bristowe put on the UB40 song, Red Red Wine, and drank wine to promote Spade & Sparrows. However, the clip revealed her slipping it from the glass through a very long tube. Additionally, the tube passed across her face like she wore glasses. Of course, the wine changed the frame from clear to red.  Actually, it seems it makes a perfect novelty gift for wine lovers. A lot of followers really want it and one fan said, “This is amazing and I must have one.”

Tagging Spade & Sparrows, Kaitlyn Bristowe wrote, “One time a Sommelier told me I could never have my own wine brand because I don’t know how to even hold a glass properly. Rock on bro…” While fans loved the glasses and the tube, unfortunately, they don’t appear on either her Instagram page for the wine store or on the website. One fan commented, “Haha this is the best!!! Please tell me you will be selling these glasses! I will be the first to buy!!”

Remember to check back with us often for news about Kaitlyn Bristowe and her online wine store, Spade & Sparrows.

Just How Many ‘DWTS’ Season 30 Contestants Have Dance Training?
Ready To Ride Into The Sunset With Hallmark’s ‘Taking The Reins’?
Was Kim Kardashian Really Under That Mask? Some Don’t Think So
Kourtney Kardashian Announces Travis Barker As Baby Daddy
Kim Kardashian Finally Reaches Billionaire Status – Here’s How