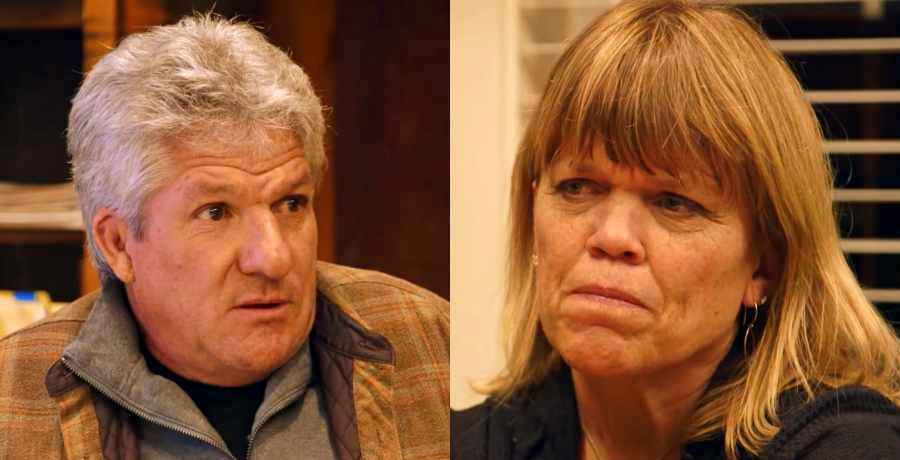 In a teaser for the next episode of Little People, Big World, Matt Roloff speaks about not having Amy on the farm. He said it was “tough” not having his ex on the farm last year. Now it’s once again time for pumpkin season, Amy said it will definitely feel a lot different to her this year. It has been a couple of months since Amy visited the farm. This makes her understandably nervous about coming back.

It has been a couple of months since Amy Roloff has been to Roloff Farms. She admittedly is feeling a little nervous about returning to the farm. In a preview for Tuesday’s upcoming episode of Little People, Big World, Amy speaks about pumpkin season. She explains that she definitely said she would participate this year. However, she adds that now she is officially not an owner anymore, it will definitely feel a lot different to her.

Meanwhile, Matt Roloff admits they are a month behind with their preparations for pumpkin season. He says he invited Amy to come and take a look at pumpkin season to let him know how she would like it to be positioned. Amy notes that she didn’t participate last year, as her mother had passed away. Matt then admits that he really felt Amy’s absence at that time.

Roloff says that last year’s pumpkin season was tough. He explains that they missed Amy and wanted her to be there. However, under the circumstances, they did understand. However, this year, Amy is jumping right back into her old role. She will be greeting people and acting as the face of the family again.

Matt takes Amy on a tour of the farm

In the teaser, Matt takes Amy on a tour of the latest setup for pumpkin season on Roloff Farms. While Amy was nervous beforehand, she immediately feels more at ease once she is back on the farm. However, despite feeling at ease, things just don’t feel the same as they used to.

Matt and Amy divorced in 2016 after 27 years of marriage. Now, Amy is engaged to Chris Marek and planning a wedding later this year. Meanwhile, Matt is dating Caryn Chandler. Despite this, however, Matt and Amy are still friends.

In the preview, Amy says it didn’t feel as different or weird as she thought it would be while driving around the farm. She adds that she now has a different perspective of the farm. Amy notes that the farm isn’t hers anymore. She adds that what she is doing is just business and she is pretty much a guest at the Roloff farm.

Readers can watch the full teaser clip on Hollywood Life’s website and catch the next episode of Little People, Big World on Tuesday, May 25 at 9 pm on TLC.