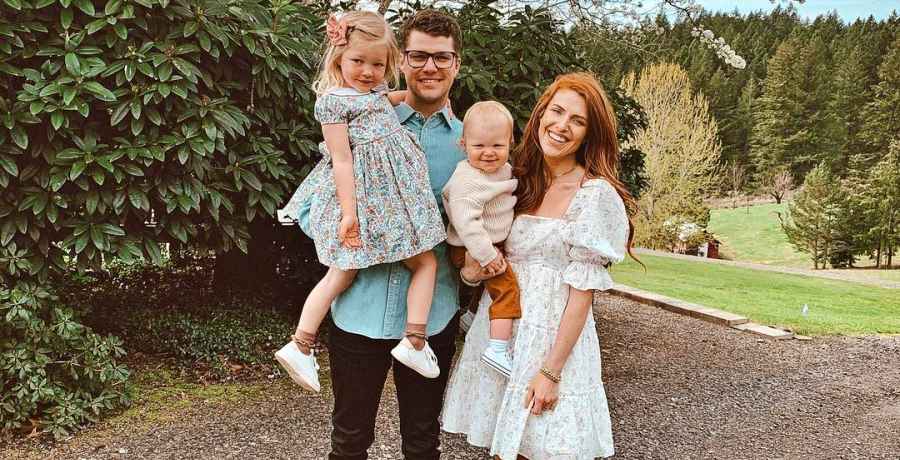 LPBW alum Jeremy Roloff has always expressed interest in buying into the family farm. However, it looks like his twin brother has beaten him to Amy’s portion of the farm. Now, when fans ask, it seems Audrey and Jeremy don’t want to reveal why they didn’t buy into the farm. In fact, they want to truly know why this is.

Jeremy and his family first appeared on Little People, Big World back in 2006 when he was only 13 years old. However, fans fell in love with the family and the show has been running for 14 years. In fact, LPBW is among the biggest shows on the TLC reality network.

Despite this, fans were upset when, in 2018, Jeremy and his wife Audrey left the show. He took to Instagram to announce the news and many fans blamed his wife for their departure. The pair has been working on a blog about marriage for years which has sadly rubbed their fans the wrong way. Jeremy and Audrey also have a clothing company and have co-written a New York Times bestseller book, A Love Letter Life.

What are Jeremy and Audrey up to these days?

Recently, Jeremy and Audrey posted on Instagram to vaguely fill in their fans on what they are planning for this upcoming year. While they kept things vague, fans do now know that Zach Roloff is seriously considering buying into the family farm. He wants to do this so his family can live in the big house. Jeremy also told their fans that he and Audrey are taking a social media break for a while.

Fans were a little upset during the Q&A as they felt Audrey was a little snippy in her answers to fans. They continued pushing, wanting to know more about the farm, but she told them to “check the podcast” for more news. Audrey did, however, reveal they had put in an offer on the farm last year, but gave no further details.

In fact, fans felt they didn’t learn anything new from the Q&A, while the Roloffs kept pushing them to listen to their podcast, Behind the Scenes. As noted by Screen Rant, they claimed they could find out more information there.

Meanwhile, Jeremy and Audrey’s podcast only hinted at multiple reasons why they didn’t buy the farm. Among these were that there were contingencies and that they were being misled. A number of fans immediately assumed Matt Roloff was insisting on the full price. Alternatively, maybe Jeremy and Audrey were being punished for leaving the show.

Naturally, it could be that Audrey just never fancied working as a farmhand and convinced her husband against the purchase. Unfortunately, with the couple being so reticent, Little People, Big World fans might never know the true reason.

Fans can watch the latest season of LPBW on TLC, Tuesdays at 9 pm ET.