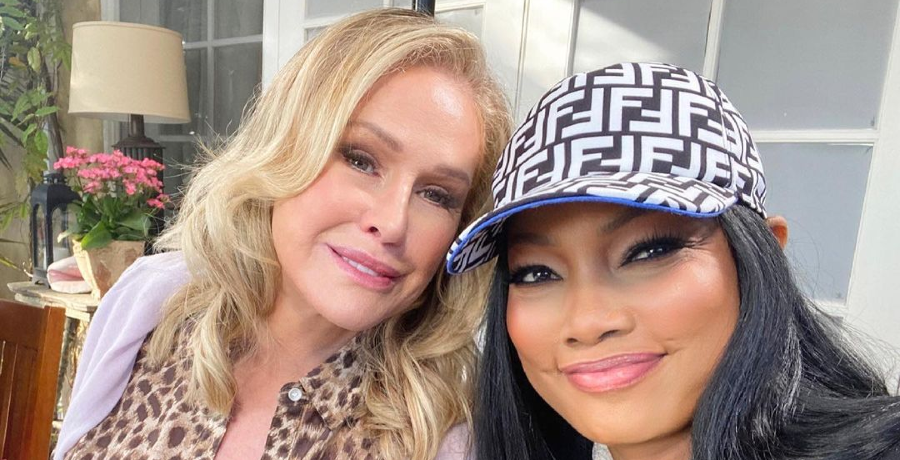 Garcelle Beauvais joined The Real Housewives of Beverly Hills in Season 10. She was the first Black Housewife. Fans loved her refreshing personality and honest banter with the ladies. The actress reluctantly returned for her second season. Garcelle did not want to become the new target.

She is well aware of Denise Richards’ horrible second season. The Bold and the Beautiful star became the punching back in Season 10 due to her alleged affair with Brandi Glanville. Garcelle witnessed how her friend was treated and wasn’t sure if she wanted to make a comeback. Now, she’s revealing that she may not stay on the show for long.

Garcelle Beauvais doesn’t see herself staying on The Real Housewives of Beverly Hills forever. In an interview with Entertainment Tonight, she talked about her big return to Season 11. Before she joined RHOBH, she had several acting roles on Bad Company, Coming to America, Flight, The Jamie Foxx Show, and Wild Wild West. Most recently, Garcelle joined as the new co-host of The Real.

Despite all of her movie and television experience, RHOBH is the thing she struggles with the most. She doesn’t know if she wants to surround herself with this energy in the future. Garcelle teased that she could leave after Season 11.

“It’s a hard show to do,” Garcelle explained. “Somebody asked me about [my talk show] The Real and I said, ‘With The Real, I can totally be myself and have my guard down.’ With The Housewives, it’s different because it’s not that type of show. So it was definitely a decision. I mean, I don’t know how much longer I’ll do it, but I’m here now.”

She doesn’t see reality TV as a “career thing.” Season 10 was a challenge for Garcelle because she quickly learned how the cast treated her closest friend on the show. Denise decided not to return to RHOBH. Despite standing by her friend’s side, Garcelle made a return for another season.

Bravo star wants this season to be different

Garcelle Beauvais is staying on her toes. She wanted to make sure this season was different from the last. Before filming happened, Garcelle even spoke to the producers and explained that she wanted to have a sit-down conversation with Kyle Richards and Lisa Rinna.

“It was important to me. I can’t go on pretending like everybody’s great when we have an elephant in the room,” Garcelle said. “So they promised me that would be the case and they kept to their word.”

In the RHOBH Season 11 premiere, Garcelle, Kyle, and Rinna hashed it out. Garcelle confronted Rinna about her treatment of Denise. Of course, her issues didn’t last there. She felt that the group acts a bit phony.

“Everybody’s a great actor in this group, everybody should get an Academy Award,” Garcelle told Entertainment Tonight. “I think sometimes people put certain fronts up and it’s not really who they are, so I think everybody deserves an Academy Award.”

Garcelle has a hard time trusting Rinna. Despite Denise didn’t return to the season, the Hollywood star says they still talk. Garcelle revealed that Denise “looks happier and younger” since leaving RHOBH. But she would love to see Denise make a comeback.