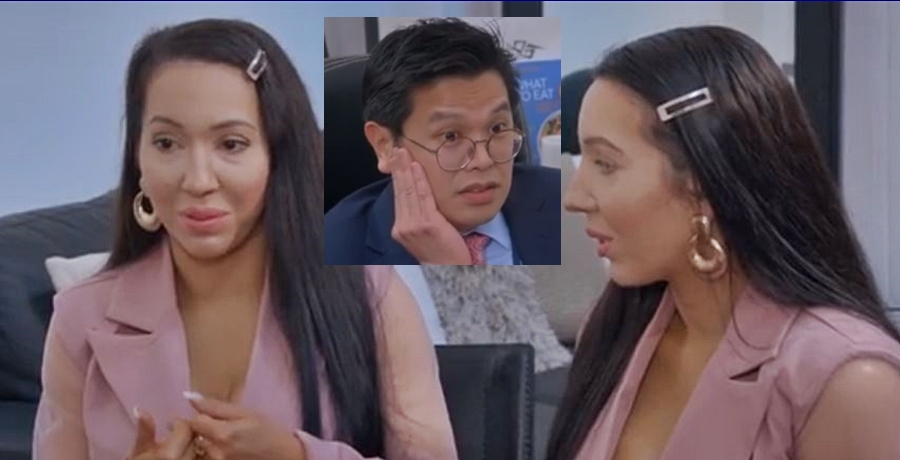 Extreme Sisters Lucy & Anna DeCinque on TLC  seem to be way more extreme than the others in the cast.  They do everything the same. By that we mean “everything,” and they never stop saying it in unison. If you don’t know yet, the two women share the same bedroom, dress the same, speak the same, and share the same interests. They also share the same boyfriend. Fans freaked out when they consulted their doctor about falling pregnant. In fact, some of them think there’s a serious mental health issue.

TLC fans get it that the two women might share the same boyfriend. It’s unusual, but fans of the network became used to men with multiple partners from Seeking Sister Wife and Sister Wives. For some of them, they think what’s good for the goose is okay. Not much surprises people these days, but the visit to the doctor literally freaked out fans. Recall, these two women share the same boyfriend and always speak at the same time. For their doctor, their desire for a baby at the same time visibly made him look uncomfortable. Not only do they want to fall pregnant at the same time, but they also want to give birth on the same day.

Extreme Sisters Lucy & Anna seemed rather normal in a Q&A but fans changed their minds when they saw the visit with the doctor. In a Q&A released by TLC, fans discovered that they love music. Additionally, they share a love for baking and cooking. Where it becomes a bit unusual, involves doing their daily business in the toilet at the same time and taking the same amount of steps. Like clones, they insist they will never stop living as one single entity. As you can imagine, their doctor seemed a bit taken aback when they chatted with him about wanting a baby at the same time.

People Magazine noted that Extreme Sisters Lucy & Anna surprised the doctor, who couldn’t hide his astonishment. He said, “In my life, I haven’t seen anyone sharing the same partner and wanting to get pregnant at the same time.” So, he felt a bit uncertain as they explained that the pregnancies must happen on the same day, preferably at the same time. One of them asked about “turkey basting,” and if they might do it that way. In other words, one of them does the deed, and then they scoop the fluid out and put it in the other. Well, the doctor seemed a bit uncertain but suggested that’s a possibility.

Extreme Sisters Lucy & Anna also talked about how their boyfriend might quickly hop from one of them to the other. “Like inside 10 minutes.” Presumably, he needs a few minutes of recovery before trying with the other woman. If he can keep up the stamina, it seems likely they might fall pregnant at the same time. After all, they already share the same bed. Overall, it just seemed way too over the top for shocked fans. They shared their thoughts on a teaser that TLC posted up on Instagram.

Fans react with shock and concern

One fan wrote, “There are some major mental health issues here…” Additionally, another one noted, “What’s one going to do? Get an abortion if the other isn’t pregnant? Ridiculous!” Meanwhile, others wondered about their “sanity.”

One Extreme Sisters critic of Lucy & Anna picked up some likes when they wrote, “Feeling so sad for the innocent children they are trying to bring into the world. They are EXTREMELY MENTALLY ILL & makes the people on your show “My Strange Addiction” look a little less crazy… Thank you so much TLC! (“THE LEARNING CHANNEL”) YOU have outdone yourself!!!! 🙄🙄🙄🙄🙄🙄🙄🙄🙄🙄🙄🙄🙄.”

What are your thoughts about Extreme Sisters on TLC when it comes to Lucy & Anna insisting they both fall pregnant at the same time on the same day? Sound off in the comments below.