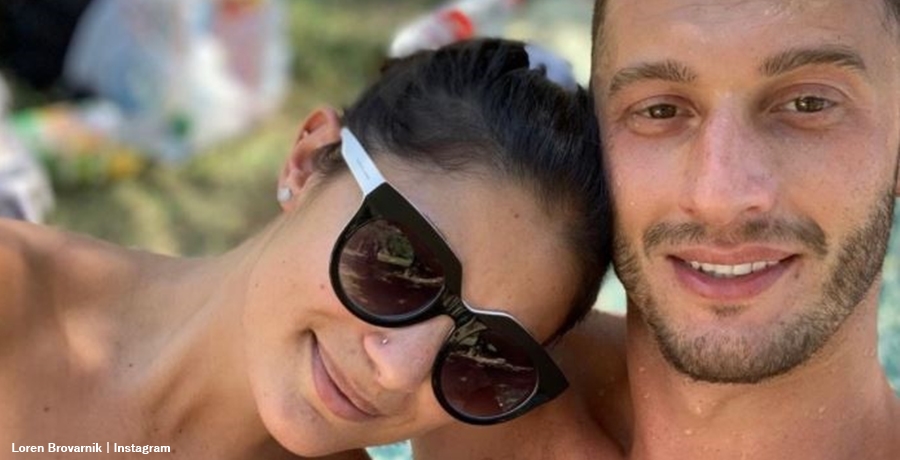 Loren Brovarnik from 90 Day Fiance expects another child. She and her husband Alexie already share their son Shai, also known as “Baby Brov.” The happy news about another little one emerged in mid-March this year. However expecting a long wait, some TLC fans seemed a bit shaken on May 14. In fact, they thought that perhaps she already birthed baby number two.

Last year, the TLC star joked with her fans about Shai. She said at the time, that she fell pregnant deliberately, so now her husband’s “stuck” with her. It came when she talked about green cards, K-1 Visas, and mire Actually, she just joked and fans knew she went there talking about how the K-1 isn’t always a “scam.” Recall, she met Alexei when she visited Israel on a birthright trip in 2013. Since then, the couple married and produced their son Shai and live in the USA.

Ever since Loren Brovarnik birthed Shai, 90 Day Fiance fans doted on him. Luckily, his mom and dad share lots of photos and video clips of their adorable son. Fast becoming a fan-favorite, their popularity rose with each photo. Actually, fans agreed that her photos of her baby boy on Valentine’s Day seemed just too cute. In one photo, she revealed that he wore a little tee that said, “Sorry girls my mommy’s my Valentine.” However, soon Shai becomes a big brother and fans can’t wait for it. Actually, some fans think the new baby already arrived!

The announcement suggested the new baby comes in late summer

US Weekly reported on the pregnancy announcement by Loren Brovarnik talking about “late summer.” However, possibly some fans might think that she meant early summer. At the time, she shared on Instagram, “Here we go again…It’s true, we are expecting BabyBrov No. 2. We figured why not have another, and Shai is so excited to become a big brother in late summer!” So, how come some 90 Day Fiance fans think she already birthed her second baby?

It seems that TLC fans became confused by the photos that Loren Brovarnik shared on May 14. She shared a picture of Alexie holding a very small baby. Additionally, Loren also featured in the photo wearing a jumpsuit. Two other photos in the gallery revealed little Shai smiling for the camera. Actually, some 90 Day Fiance fans look at the photos before reading the caption. So, that’s why they thought the new baby already arrived. In her caption, Loren stated that the photo of the small baby was in comparison to how Shai looks in 2o21.

One fan said, “I almost thought you had your baby!! Baby Shai sure has grown!!! Love to you and your hubby.” Then another confused fan asked, “Congrats! What is your new sons name?”

Remember to check back with us often for more news about 90 Day Fiance star Loren Brovarnik, her upcoming baby, Alexei, and little Shai.