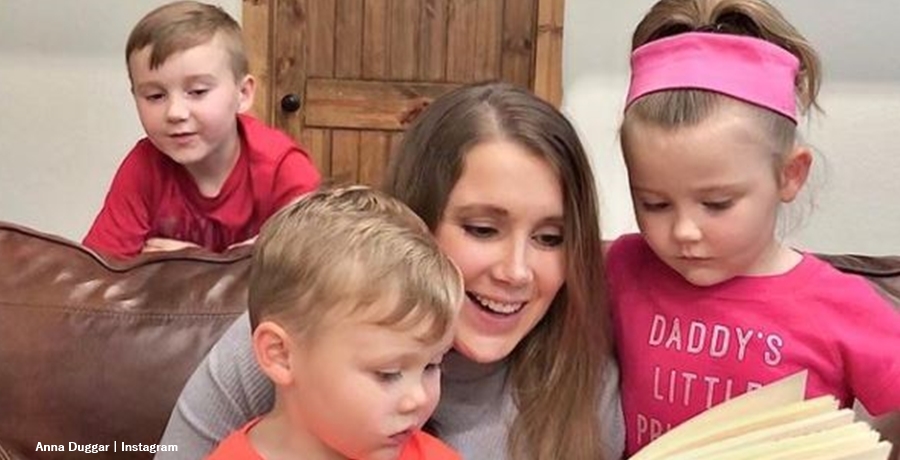 Anna Duggar stands by her husband Josh despite serious charges.  Obviously, this puzzles TLC fans. Allegedly, agents found 200 photos of child sexual abuse content on his computer. The Counting On star took to Instagram amidst the public outcry. There, she shared a happy video and a photo of Josh with the family. It seems that she totally believes in his innocence. Obviously, fans find it strange given his molestation scandal years ago.

In an article we wrote, we noted that reportedly, Josh’s wife believes it stinks of political connations. According to a source cited by another outlet, she’s at odds with Jim Bob and Michelle over the arrest of her husband. In fact, she also allegedly believes that the “Biden Administration” concocted it. Allegedly, she thinks the FBI set him up and if Trump were in power, it wouldn’t happen. Actually, it seems an interesting idea. Fans of Counting On might think she buys into a conspiracy theory.

Interestingly, BuzzFeed News published an article back in 2016. In it, they talked about the FBI and their spy surveillance planes. At the time, they looked at the surveillance of mosques. Apparently, the spy plane equipment acts as a “cell-site simulator.” However, the FBI told the outlet that they “rarely use cell-site simulators.” Apparently, they only use them when tracking “suspects.” Additionally, the FBI claimed they neither “intercept calls”…or “personal data.” Nevertheless, they come equipped with a lot of sophisticated equipment.

Back in 2016, a lot of mainstream media outlets looked into their capabilities. Still, if Anna believes they downloaded something onto her husband’s computers, it’s doubtful she could ever prove it.

Fans heard that blogger Emily Elizabeth Anderson claims that in their society, fundamentalists like Anna Duggar think they have no choices. Probably, she feels that standing by her man seems important in their faith. Actually, that might explain why her post contains no apologetic notes at all this week. In fact, Counting On fans might imagine nothing untoward if they missed the news about Josh’s arrest. In the video, it revealed the kids all excited about their seventh child being a girl.

Anna Duggar also shared a photo of the kids with Josh. In her caption, she said, “It’s a GIRL!” Actually, fans already knew that. Still, she said they feel “overjoyed.” Due in “the fall,” it seems they eagerly await holding the little one in their arms. Surprisingly, very few people trolled on her post. Possibly, fans feel sorry for her situation. While her post might seem ill-timed, hardly anyone mentioned her husband’s court case.

Remember to check back with often for more news about Anna Duggar, her new baby girl, and her husband Josh.