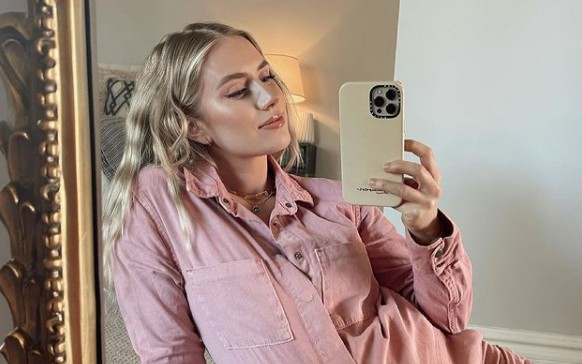 Lauren Burnham is nearly 32 weeks pregnant with twins. She and her husband Arie Luyendyk Jr. are expecting them to make their debut near June. She is getting excited about welcoming her new son and daughter. However, there are also a few things that make her a tad nervous. What is going through her head at the moment as she prepares to give birth?

US Weekly chatted with Lauren about her pregnancy. Lauren admits she is a little nervous about becoming a mom to newborn twins. Plus, she is nervous about how they will come into the world. Lauren said, “I’m not nervous about the labor part as much, but I haven’t had a C-section before.” She continued, “Surgery is kind of scary to me. So I’m nervous about having a C-section because both of my kids are breech. There is a possibility that will happen.”

Their daughter Alessi will be turning two in less than a month. This means Lauren and Arie will have a toddler and two newborns to keep them on their toes. Lauren admits the lack of sleep is scary. She said, “I’ve heard twins are especially difficult because you’re not sleeping as much as with a newborn.” She continued, “One will wake up and want to eat, and then they’ll wake the other one up and they’ll want to eat at the same time. I just see that going downhill really fast.”

However, Lauren already has a plan for nursing the twins. She said she will wake up and feed one, hand the baby to Arie to burp and change, then she will move on to baby number two. While she hopes she can breastfeed both, Lauren admits she’s not sure how that will work out. 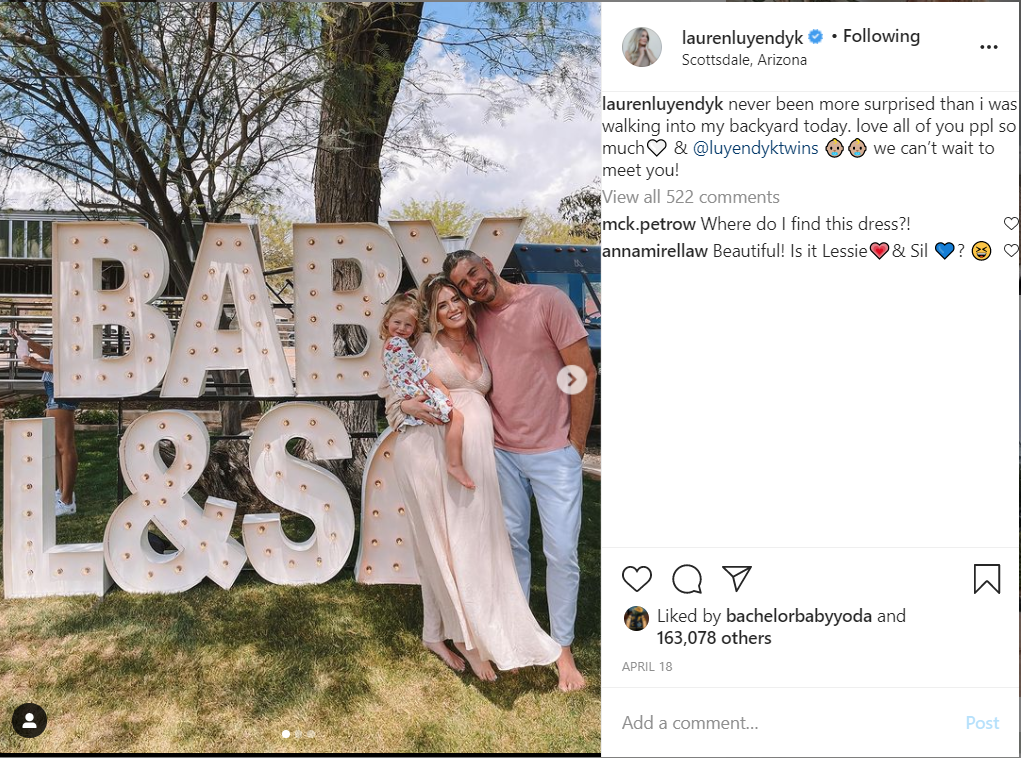 Lauren and Arie’s daughter Alessi already loves her little brother and sister. She’s nearly two and doesn’t understand completely yet. However, she does come up to Lauren and talks to the babies in her stomach often.

Lauren took Alessi with her to an ultrasound appointment over the past weekend. She thought seeing the technician use the ultrasound on her stomach to make the babies pictures appear helped her put two and two together.

Lauren and Arie already have an Instagram account set up for the twins. They rotate every week giving updates on the twins’ progress. It’s absolutely adorable and fans can’t wait to see this beautiful family of three become a family of five.

Stay tuned for more updates on Lauren and the twins.

‘The Young And The Restless’ Spoilers, June 11-14: Summer Needs To Watch Her Back
Tammy Slaton Warns Jerry Sykes’ New Girlfriend To Be Careful [Exclusive]
Does Colton Underwood Have A Boyfriend? (No, Not The Plant)
Hazel Busby Physical Challenges? Adam Discusses Why Cheer Camp Didn’t Happen
Adam Busby’s Birthday Wish Granted: Finally Gets His Hummer