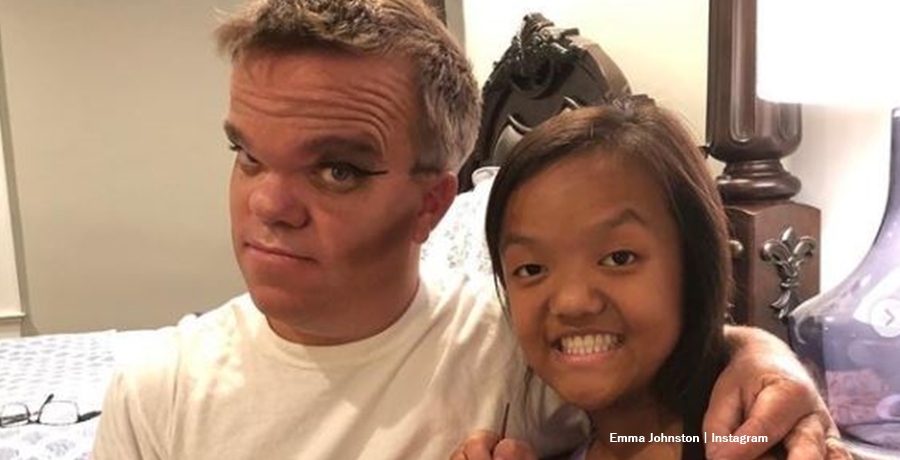 Emma Johnston was always a pretty little girl and now she matures, she thinks about her hairstyle. The 7 Little Johnstons star consulted with her fans this week about it. Actually, fans can’t get over how she and her brother Alex suddenly seem so grown up. Hopefully, as the older kids leave home, TLC keeps the show going on for a bit longer. Fans actually really love Emma and want to see much more of her. This week, fans joined in the fun of voting for which hairstyle she should choose.

Emma Johnston active on social media ahead of the new season

Trent and Amber’s show got renewed and ahead of the premiere, Emma seems very active on her social media. In the last month or so, she shared about the upcoming show. In one post she said she and Alex felt very excited about filming. The sweet teen told her fans that naturally, she’s the “cutest” of the two younger kids. In fact, she shared a photo of them sitting on their red couch that viewers see during the show. Mysteriously, her dad Trent commented how the red color has some significance.

In another post, Emma Johnston shared some video clips from when she was a little kid in China. One of them revealed her singing in Chinese. Additionally, another one revealed a very young Amber with her soon-to-be adopted daughter. All of her posts attract TLC fans and a lot of them comment on them. Of course, now she’s old enough, she seems to like engaging with her followers. So, when it came to her hairstyle, she asked them for their ideas on which choice she should go for.

Bangs or no bangs for the 7 Little Johnstons star?

Emma Johnston shared two photos of herself on May 5. One revealed that she styled it with bangs and the other one without. In her caption, she said, “Bangs or No Bangs?? Which ever gets the highest response I will change my hair do.” Well, every TLC fan loves interactive posts like that. So, plenty of comments went in. Some fans told her that she looks nice with either style. However, the overwhelming vote came in for “no bangs.” 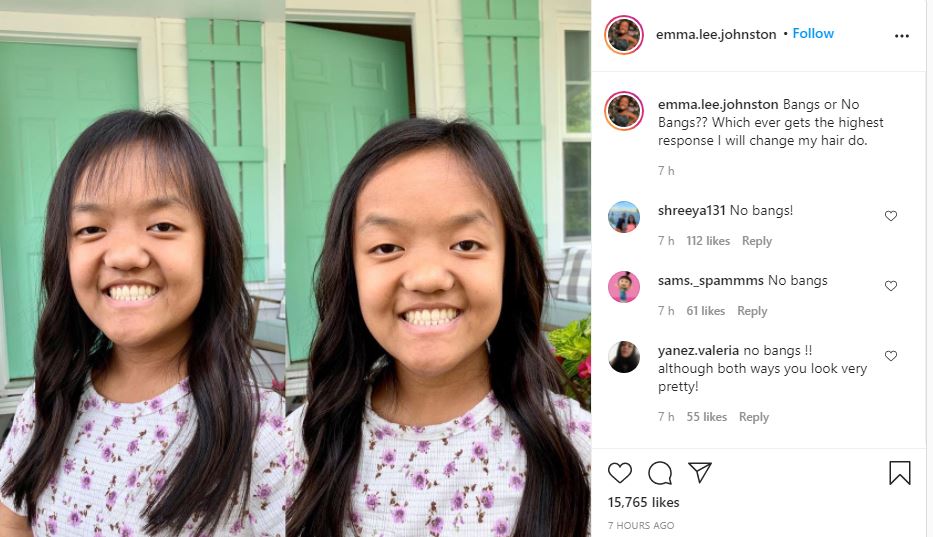 Hopefully, Emma Johnston reveals more photos of her hairstyle as time goes by. After all, fans feel that they became a part of her decision this week. Of course, fans can’t wait for the new season of  7 Little Johnstons. It’s not a long wait now for TLC. Hollywood Outbreak reported that the premiere of the show comes on TLC on Tuesday, May 25 at 8pm ET/PT.

Fans will see Anna and Jonah move out of the home. Meanwhile, Trent and Amber still hope to maintain close contact with all the family members. Are you excited for the new season? Let us know in the comments below.

Colton Underwood’s Nana Helps Him Find Love On Tinder – Did She Swipe Right?
‘Pig Royalty’ – Renewed Or Cancelled On Discovery +?
Are Kim Kardashian & Kanye West Mending Their Relationship?!
Critics Say Khloe Kardashian Looks Like An ‘Alien’ In Nurtec Commercial
Now That ‘Younger’ Is Over, What Is Status Of Hilary Duff’s Spinoff?