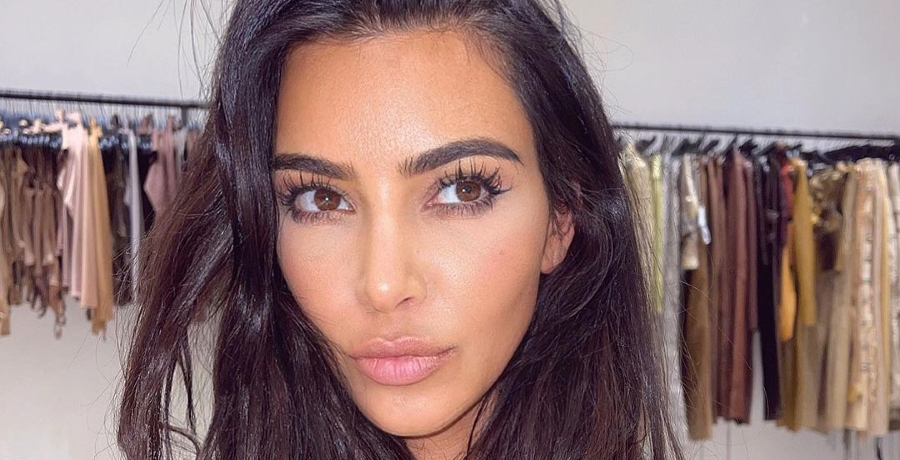 Is Kim Kardashian part of an art heist? That is the question on fans’ minds. On Wednesday, May 5, the Keeping Up With the Kardashians star name trended on Twitter for most of the day. Rumors swirled that she allegedly purchased a “looted” ancient Roman statue.

Feds are currently seeking the forfeiture of the ancient Roman statue that was allegedly given to the entrepreneur. Kim’s name was found in the complaint about the alleged “smuggled” Roman statue. However, the social media star claims that she has nothing to do with it. Apparently, someone else dragged Kim into the artistic heist.

The SKIMS founder did not like hearing this rumor about her. Kim Kardashian broke her silence. She argues that she did not purchase an ancient Roman sculpture. Meanwhile, federal authorities claim someone smuggled it under her name. This bizarre story started trending on Wednesday morning.

Is Kim Kardashian part of an art heist? If so, how did it happen? The rumor stems from several 2016 reports that claim the ancient statue arrived at the Port of Los Angeles. The U.S. Customs and Border Protection seized the item. The broker for the materials listed the buyer, consignee, or importer as “Kim Kardashian dba Noel Roberts Trust.”

This is what led fans to think that Kim is part of some heist. This is the real name the television personality and her trust use to purchase real estate properties. Now, feds accused her of purchasing the illegal property. This came as a shock to fans since Kim is a self-proclaimed billionaire and can purchase any piece of art she wants.

Why would she want the stolen property? Reports describe the delivery as containing “antiques, furniture, and decorations,” which contains 40 pieces “all valued at $745,882.” However, the documents did not accuse Kim Kardashian or her family of an artistic heist. Italian officials think the artifact was “looted” from Italy and wait for its return.

KUWTK star never heard of the sculpture before

Kim Kardashian has since broken her silence on this matter. A rep for the star told the media, “This is the first that she has learned of its existence. We believe it may have been purchased using her name without authorization and because it was never received, she was unaware of the transaction.”

Kim and her reps are conducting a thorough investigation surrounding this case. It’s unclear whether it was an elaborate prank or a case of stolen identity. Authorities say they found “contradictions” in the documents about the items. The feds seized the statue after they found that the broker did not provide “sufficient” documentation to the American authorities.

Kim Kardashian is named in a federal civil forfeiture action over an ancient Roman statue that was believed to have been looted and smuggled from Italy. https://t.co/I1W4gTCEmX pic.twitter.com/2c1L4wQmSs

It’s also likely that someone pretended to be the KKW Beauty star just to get their hands on the priceless art. The U.S. government revealed that Italian archaeologists concluded that the piece existed during the Roman Empire. Also, no one has exported it. Since Kim is studying to be a lawyer, she can represent herself to prove her innocence.