Following Josh Duggar’s arrest for possessing child pornographic images, his lawyer is trying to argue that him previously molesting his sisters isn’t relevant to the current case. What does the judge have to say?

Josh’s detention hearing was on Wednesday. After the hearing, shocking details about his arrest went public. This includes information about the type of content found on his devices. Some of the content included children as young as 18 months old, and Special Agent Gerald Faulkner from Homeland Security claimed that Josh’s file “is in the top five worst I have ever had to examine.”

Based on the information shared during the hearing, it seems like there is quite a bit of evidence against Josh. You can read more information about what was found here. 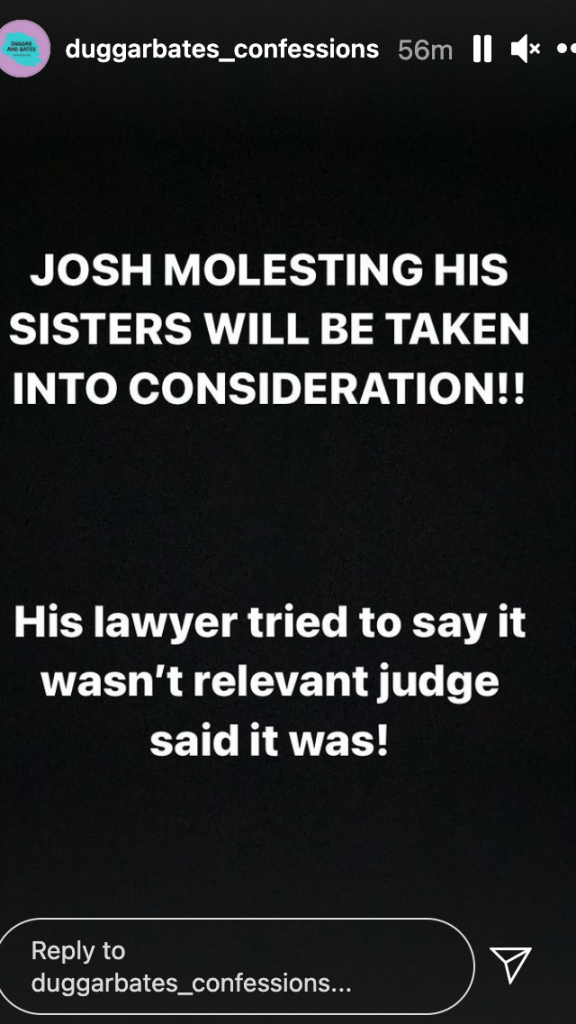 What we know about Josh Duggar molesting his sisters

In 2016, In Touch Weekly exclusively reported on Josh’s molestations. The police report states that, in 2002, Josh had touched several of his sisters inappropriately while they were asleep. A female minor ended up telling Jim Bob and Michelle Duggar what had happened. This happened multiple times, despite Jim Bob Duggar supposedly “disciplining” Josh.

The Duggar parents told the police that Josh had “apologized” and that his sisters forgave him for what he had done.

For more updates on the Duggar family and this ongoing case, check back with TV Shows Ace.