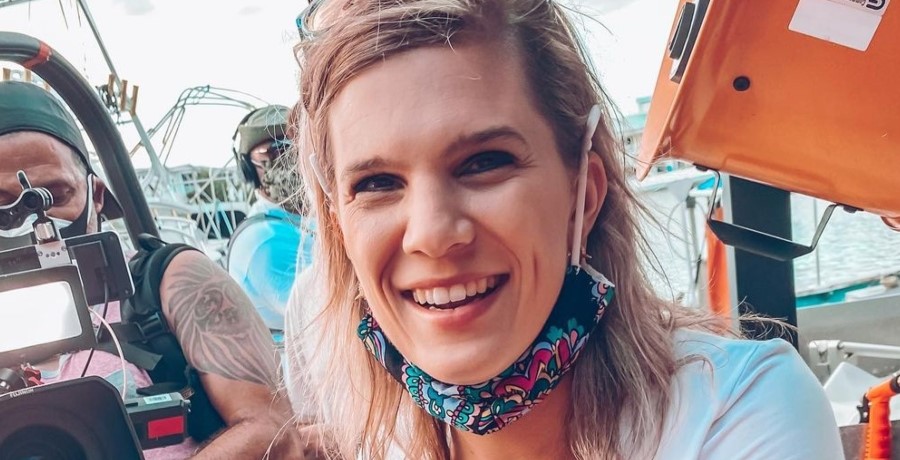 Unfortunately for OutDaughtered fans, tonight’s episode is the season finale. While some may miss seeing the Busbys on their television weekly, they can still keep up with their favorite TLC reality television family via their social media. Ahead of tonight’s finale episode, Danielle Busby takes to her Instagram to share one of her “favorite moments ever filmed.” She also warns fans to “get ready to laugh tonight.” Keep reading to find out what Aunt Kiki has to do with one of Danielle’s favorite moments filming.

The OutDaughtered crew vacations in Florida

Earlier this year, TV Shows Ace shares details about the OutDaughtered crew escaping the harsh Texas winter. Uncle Dale Mills chronicles the family’s vacation. It seems like from Danielle’s post and a trailer TLC posts that part of a mystery from Uncle Dale’s post earlier this year is explained.

Earlier this year, Uncle Dale posts a photo with a partial explanation about what’s for dinner. “Buzz said this Octopus taste like cheese,” pins the quints’ uncle. In the hashtags, he explains that Crystal has something to do with this. He uses the hashtag #kikihastaughtusallsomething. Maybe the trailer explains what Kiki taught them.

At dinner one night, Danielle suggests going to the fish market. She recommends getting lobster. Then, Adam chimes in with octopus. In unison, the kids all proclaim “ew!” Then, Aunt Kiki blows everyone’s mind. Not only does she share that they’ve eaten octopus before, but she says, “that’s like calamari, that’s cheese.”

Next, in a confessional segment for the show, Kiki explains that Mimi told her that calamari from the restaurant is cheese. Then, Danielle chimes in with they’re going to go to the fish market “and have her learn about cheese.”

Does Kiki still think squid and octopus are cheese?

True to her word, Danielle. makes sure that Kiki makes it to the fish market. Earlier today (May 4), Danielle shares a photo on Instagram from their trip. Seemingly slightly apprehensive about what’s going on, the two photos show Kiki holding an octopus.

Notably, one of the comments on these photos doesn’t disappoint. Kiki’s husband, Uncle Dale chimes in with “Still blows my mind…” Kiki actually thinks squid and octopus are cheese. Even her own daughter tries to explain to her that they’re animals.

Do you think Kiki really thinks squid and octopus are cheese? Let us know your thoughts in the comment section below. Make sure to come back to TV Shows Ace for more OutDaughtered news.

Tune in to TLC tonight for the OutDaughtered season finale!