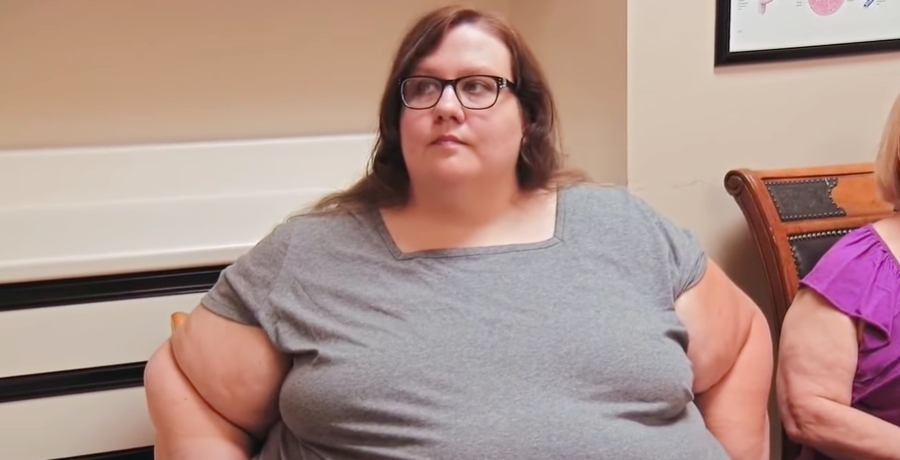 Lacey Hodder of My 600 Lb Life is still living a self-proclaimed beautiful life in Michigan. At twenty-eight years old, she weighed 691 pounds. Lacey had a rough trip from Michigan to Houston, and she also addressed her mental health along with the habits that lead to her gaining so much weight.

She said during her episode if she had to give up food, she wouldn’t be able to deal with things. This thought gave her second thoughts about surgery and the doctor canceled it to send her to a therapist. Once she addressed the causes of her over-eating, it got better for her.

How Much Weight Did Lacey Hodder Lose?

In her first episode, according to Stargasm, Lacey Hodder lost 256 pounds. She had what is considered one of Season 7’s success stories. According to Monsters and Critics, a big part of Lacey’s problem was her family. They owned several restaurants and made it easy for her to get food all the time.

Not only that, her mother ate unhealthily as well. Even after her enabling her mother got weight-loss surgery and then divorced. Coupled with the anxiety she felt from her family fighting and her bipolar disorder, she felt helpless. Lacey didn’t reveal whether she’d appear on a Where Are They Now episode.

Lacey Is Able To Help Those People Who Are Like Her

In her most recent photos on Instagram, Lacey Hodder looks noticeably thinner. Her profile says she’s a baby vegan which may mean she’s embracing an even healthier way of eating these days. She’s also enjoying being an amateur photographer and shares photos of landscapes on her page.

She’s always got some words of wisdom for those who struggle with both mental health and their weight. She said, “surgery is not a cure for eating disorders.” She said you always have to think about what you are putting in your body and how it might affect you.

On one of her posts, she shared, “sometimes you just wake up and feel some type of way. No rhyme or reason it just is. Not [sic] everyday but somedays.” She said she was going to go out with her dogs and asked what they did to get out of a funk. Her Instagram feed is mostly her dogs and pictures of food. She shares vegan recipes with followers.

Over the course of her journey, she encouraged people not to be too hard on themselves. She said, “I change with every day that passes. I’m still trying to find my balance and that’s okay. I don’t need to meet anyone’s expectations.”  Did Lacey sticking with the plan and losing more weight surprise you? Comment with your thoughts down below.