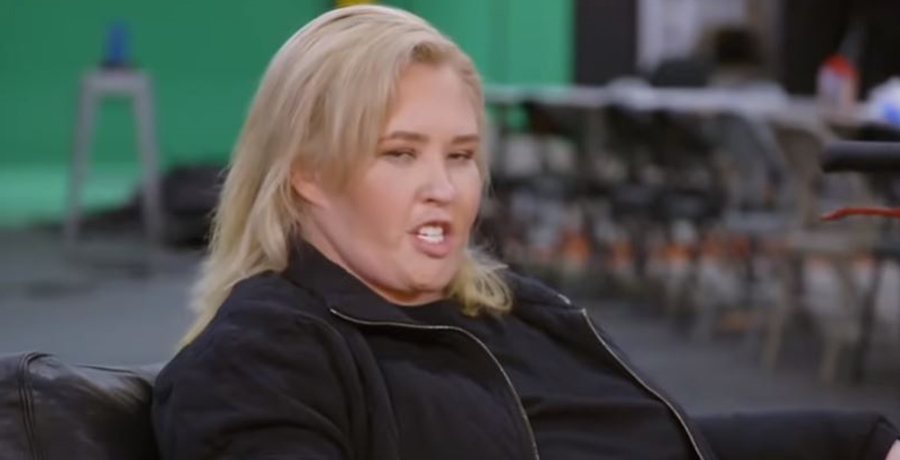 June Shannon opened up about her “real” life with Andy Cohen. Actually, in the last month or so, she spoke with more than one outlet about life during the coronavirus and about the current season of Road to Redemption. Chatting with the Bravo host, they talked about her regrets, her TV appearances, and her weight gain. She also mentioned her love for fat cakes.

In March we reported that the WEtv star talked about Geno Doak and how she hoped the family accepts him after their rehab. At the time, she noted she only saw the kids once, but she hoped that everyone could just get along. Certainly, she seemed to think that everyone should just forgive her for her past mistakes. Recall, the WEtv star previously ended up arrested with Geno for alleged possession of drugs and paraphernalia.  After that, they continued their drug lifestyle and blew an incredible amount of money.

As Road to Redemption plays out, fans actually see that Alana Thompson responds quite positively to Geno and June. In fact, she even went and stayed with them in Florida for while. In the last episode, fans saw that Josh Efird went and collected her and that annoyed her mom no end. Fans liked that he took his role as a “dad” to the teen seriously. So, it looks like her wish for acceptance for her boyfriend worked out with at least one of the kids.

When June and Andy chatted, they opened their conversation lightly, with who she might resemble. Andy also noticed her “new teeth.” Hilariously, she told Andy that she searched for him on “YouTube” as she didn’t know “who he was.” Well, Andy’s eyes nearly fell out of his head. Clearly, she’s not a Bravo fan. Anyway, she apologized, saying she never really “watches TV.”  Then, she talked about how she feels her story is “real.” So, that’s why she’s not really a “Hollywood” person. In a way, perhaps she rebutted allegations that WEtv scripts the show for drama. So, she owns her mistakes

Next, Andy Cohen asked June Shannon  if she ever “felt embarrassed on the show.” That’s where she talked about how their show isn’t scripted and WEtv is “real TV.” She added that what “happened, happened.” So, regretting seems like “something you shouldn’t have done in the first place.” Actually, it seems that June can’t feel embarrassed about her messing up her life. It’s not clear why she apologized for saying that. Certainly, she came over as just accepting it for what it is.

Mama June also answered a question about TV and what she might never consider doing. Well, she definitely hates the idea of “p*rn!” However, that seemingly ties in with her body image. After all, she talked about her massive weight gain during the coronavirus. The TV star confirmed she put on 60-pounds. Blaming sitting around all day during quarantine, she started eating way too many fat cakes.

What do you think about Mama June avoiding “p*rn” and eating way too many fat cakes? Sound off in the comments below.